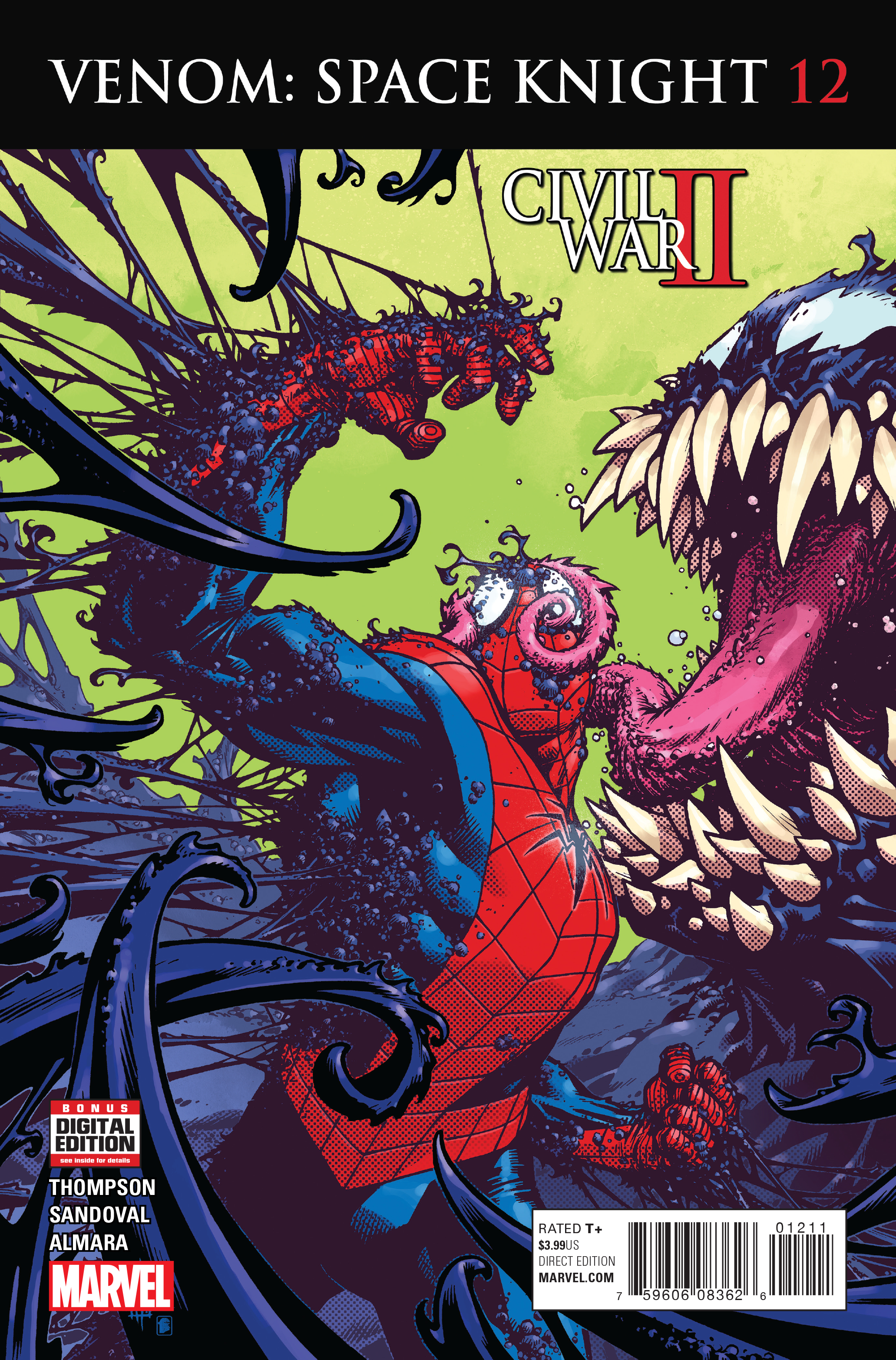 JUL160943
(W) Robbie Thompson (A) Gerardo Sandoval (CA) Zach Howard
CIVIL WAR II TIE-IN!
•  In his fight with Flash, Spidey held all the cards-will the symbiote take back the advantage by TAKING OVER Spider-Man?
•  Can Venom control his rage?! Can Spidey contain his BIGGEST secret?!
•  And while Flash's duty to the GUARDIANS brought him to Earth-he won't forget his responsibility to old teammates.
Rated T+
In Shops: Sep 21, 2016
SRP: $3.99
View All Items In This Series