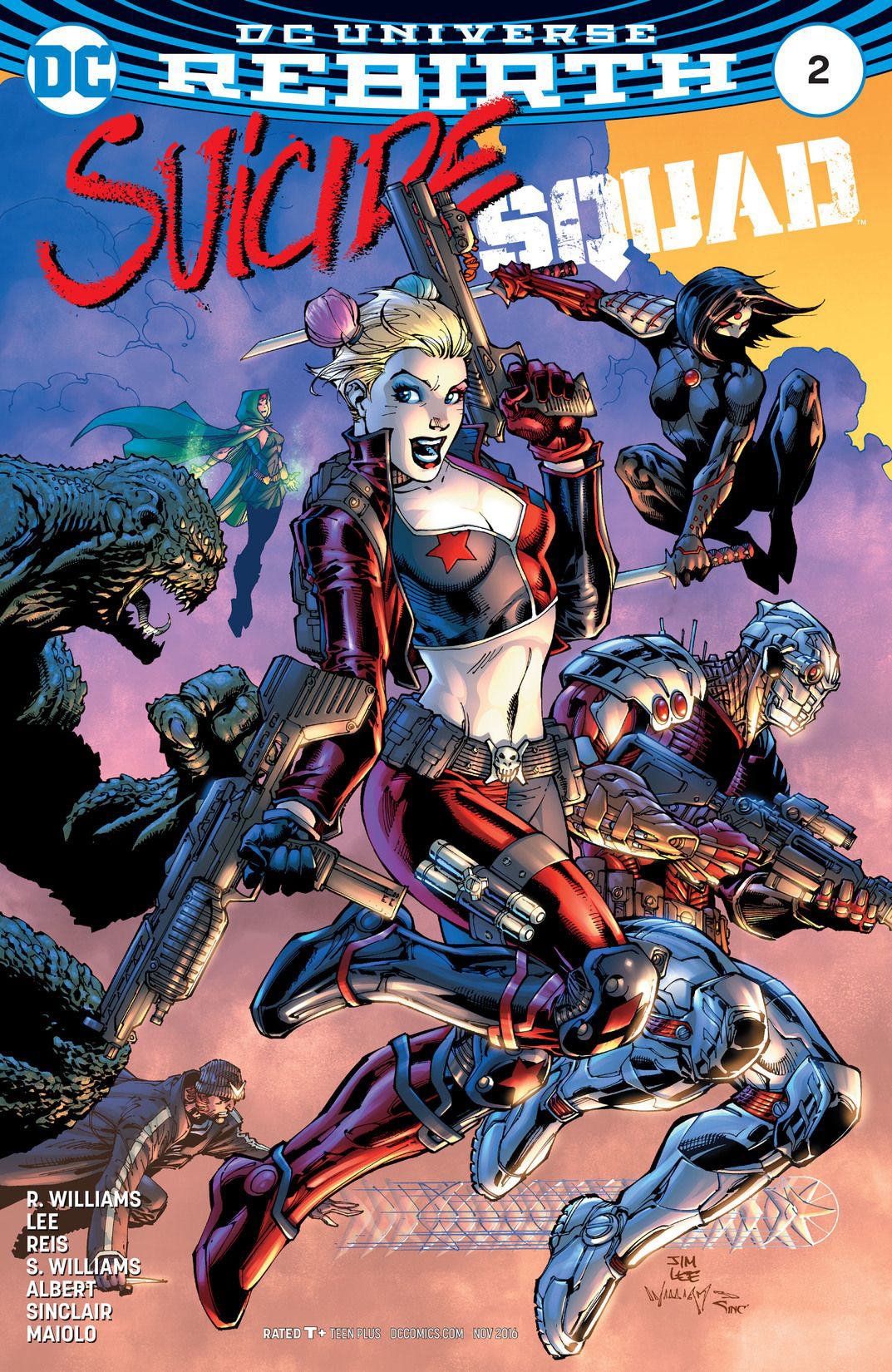 JUL160346
(W) Rob Williams (A) Ivan Reis, Oclair Albert (A/CA) Jim Lee, Scott Williams
"THE BLACK VAULT" part 2! What was meant to be a routine mission to retrieve a "cosmic item" from an undersea fortress has become a nightmare beyond anything the Suicide Squad ever expected. And with half the team down, it's up to Harley Quinn, Katana, and a demon-possessed graphic designer named June Moore to save the Squad from the most dangerous man in the DC Universe. That's right...they're screwed.

The back-up story will be "Captain Boomerang: Agent of Oz," in which Amanda Waller digs deep into the implausibly impressive origins of the Suicide Squad's most loathsome member to discover the truth the world has been asking for: just who made Boomerang a captain anyway? This seven-page backup story is written by Rob Williams with art by Ivan Reis and Oclair Albert!
In Shops: Sep 14, 2016
SRP: $2.99
View All Items In This Series