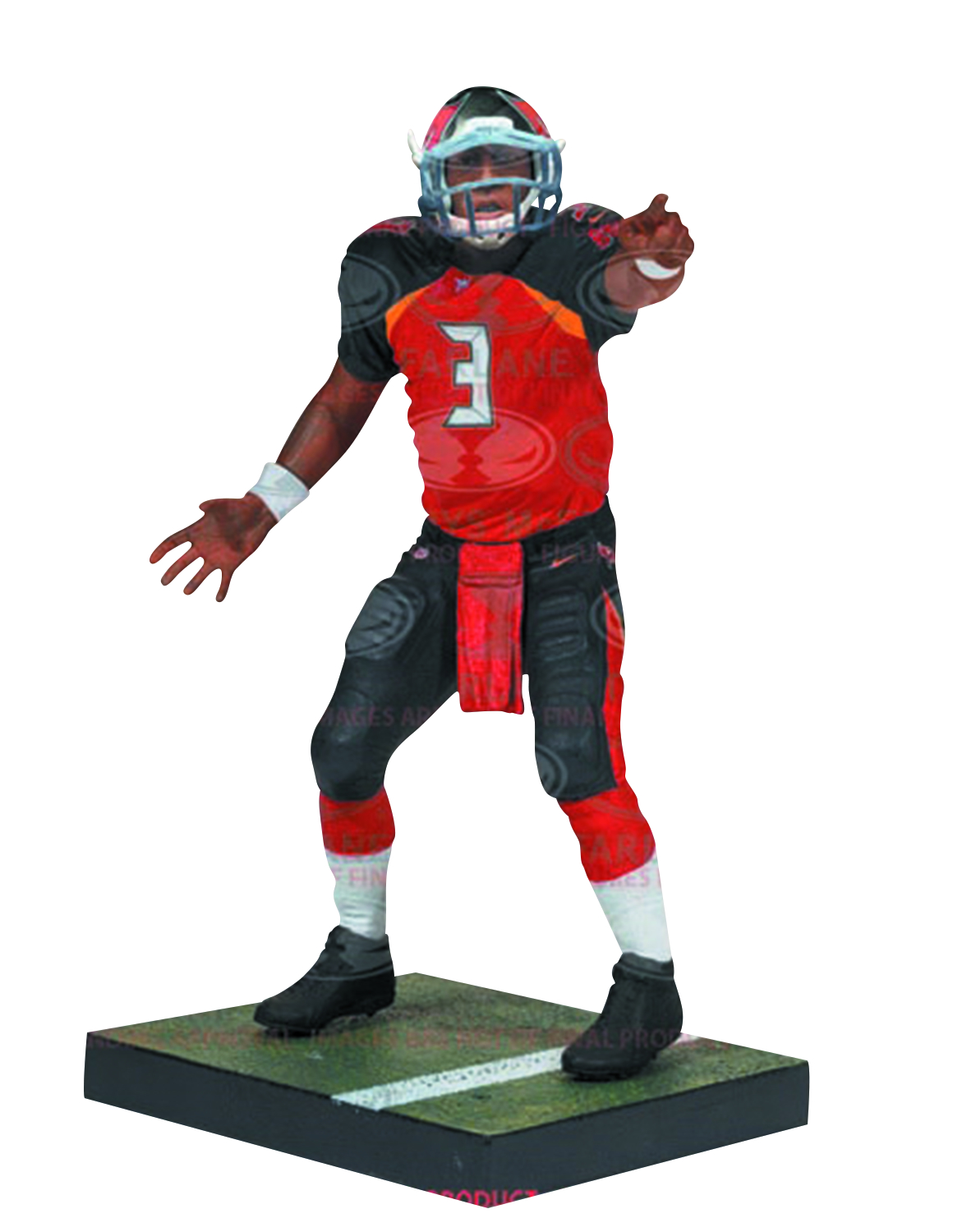 JUL158346
From McFarlane Toys. After being selected as the first overall Draft pick in 2015, Jameis Winston joins the NFL Series 37 lineup for his SportsPicks debut. Earning the 2013 Heisman Trophy title and the 2014 BCS National Championship Game MVP more than readies him for the position. Winston will be featured in the Tampa Bay Buccaneer red.