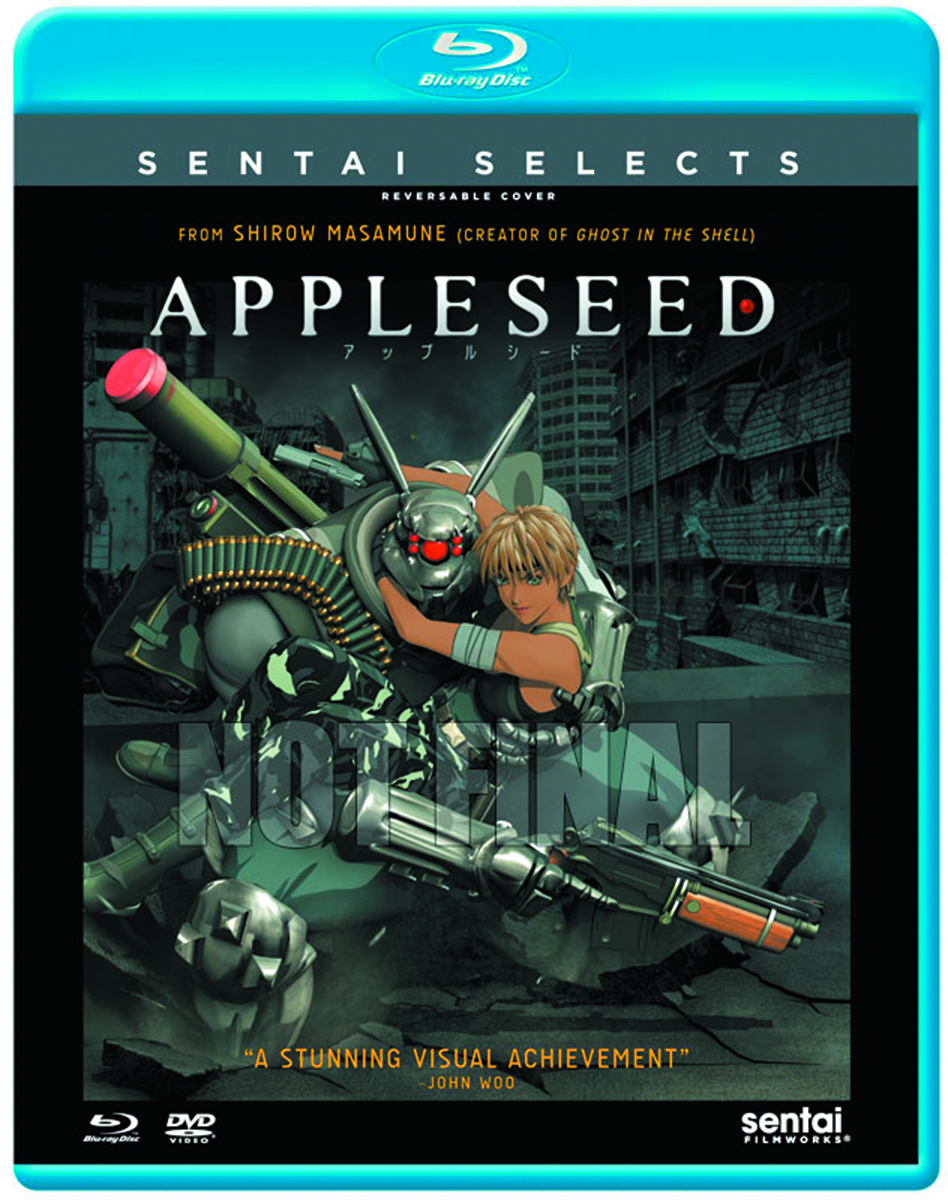 JUL152943
From Sentai Filmworks! Earth's last city, Olympus, rose from the ashes of global war on the backs of Bioroids, artificial clones who make up half the city's population. Under the guidance of a supercomputer, humanity's last survivors enjoy peace, but only on the surface. Human terrorists within the military seek a return to power and clash with the government's forces led by the legendary soldier, Deunan Knute, and her boyfriend who is 75% machine. This showdown is humanity's last chance for survival in Appleseed!