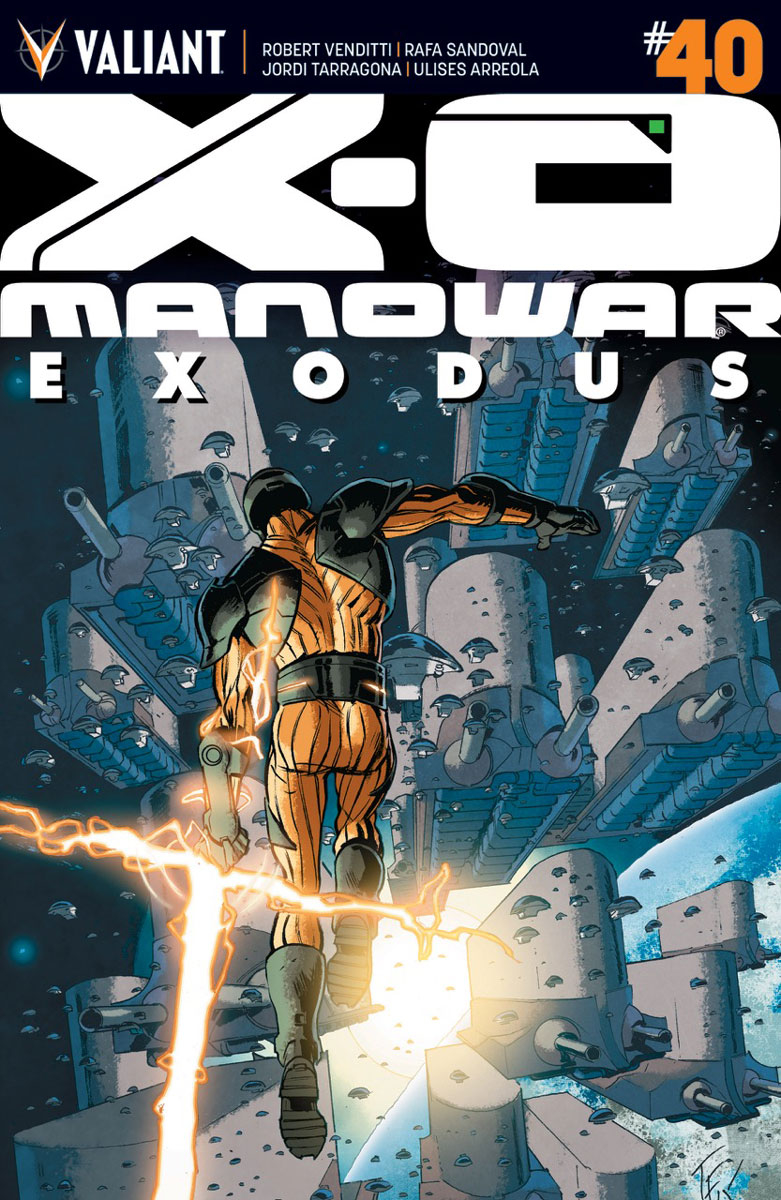 JUL151686
(W) Robert Venditti (A) Rafael Sandoval (CA) Tom Fowler
"EXODUS": PART 2-Two peoples. One world. Can a man of war broker peace between Earth and the alien nation it now harbors? In the aftermath of a horrible tragedy, Aric is trapped between the two worlds he's sworn to protect. As X-O Manowar, he has made it his mission to protect the Vine's mass of alien refugees...but his people want them dead...and G.A.T.E. wants them gone! Now, an old enemy will attack Aric at his weakest moment - and the Earth may pay an impossible price for Aric's loyalty. EXODUS unleashes a monumental new chapter as New York Times best-selling writer Robert Venditti (Green Lantern) and Rafa Sandoval (X-Men: Legacy) continue the series-defining X-O Manowar epic of the year!
In Shops: Sep 02, 2015
SRP: $3.99
View All Items In This Series