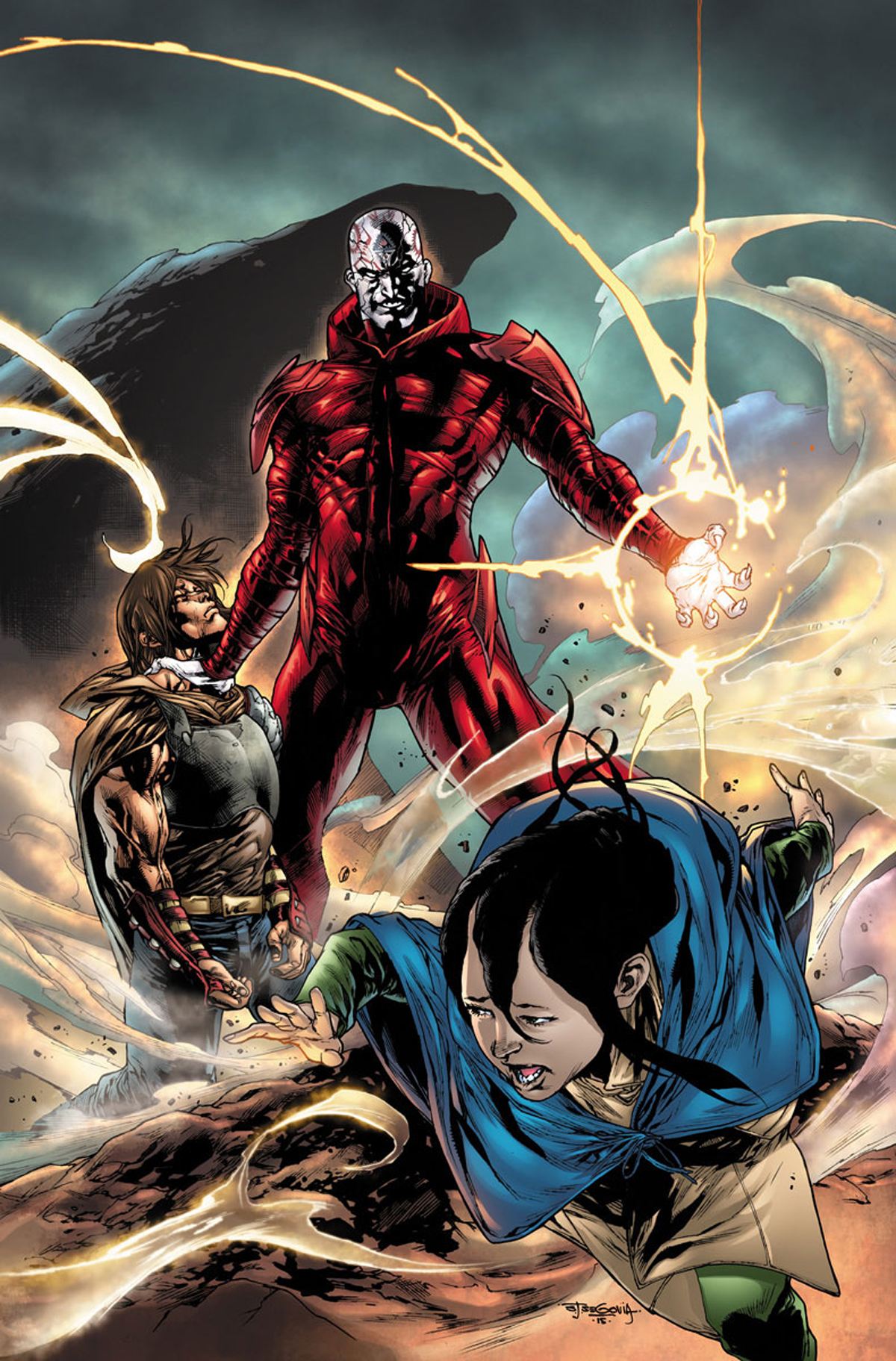 JUL151658
(W) Robert Venditti (A) Robert Gill, Doug Braithwaite (CA) Stephen Segovia
The force behind the fall of the Valiant Universe stands revealed... There is no hope... Only MASTER DARQUE!

The terrible future chronicled in the Book of the Geomancer continues to reveal itself as an unexpected and untold player... Master Darque...emerges to make his bid for control of the Earth's newest Geomancer! But does the reappearance of history's most powerful necromancer mean an apocalyptic future has been
avoided...or guaranteed? As the heroes of the Valiant Universe fall and nature itself turns on humanity, all that stands between the devastated planet and ultimate evil is the Earth's undying Fist and Steel himself...Gilad Anni-Padda, the Eternal Warrior!
In Shops: Sep 23, 2015
SRP: $3.99
View All Items In This Series