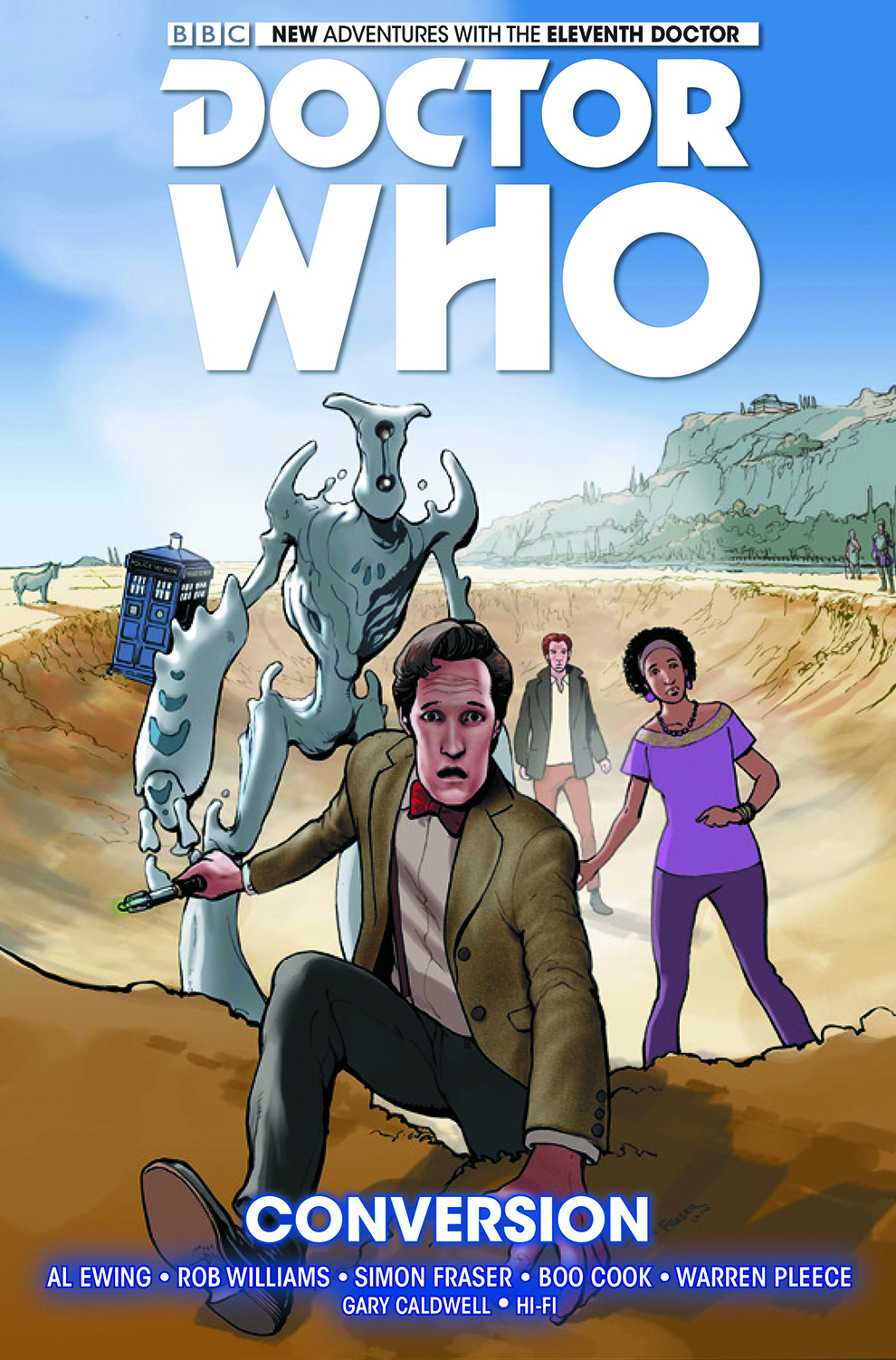 JUL151614
(W) Al Ewing, Rob Williams (A) Simon Fraser, Warren Pleece, Boo Cook (CA) Gary Caldwell
The first year of eleventh Doctor stories comes to a stunning conclusion - at once epic and intimate - as secrets and lies come tumbling out of the TARDIS, and enemies old and new conspire against the Doctor and his friends! Beginning with a cathartic trip through an exploded TARDIS, taking in a war against an upgraded foe in 312 CE, and bringing a year's worth of plot threads to a thrilling climax, the third volume is the perfect pay-off to a rollercoaster of a story! Witness as all of SERVEYOUinc's origins and plans revealed, along with the fates of the Doctor, Alice, Jones, and ARC! Collects Doctor Who: The Eleventh Doctor #11-15 and the eleventh Doctor short from the FCBD 2015 special.
In Shops: Dec 02, 2015
SRP: $19.99
View All Items In This Series
ORDER WISH LIST