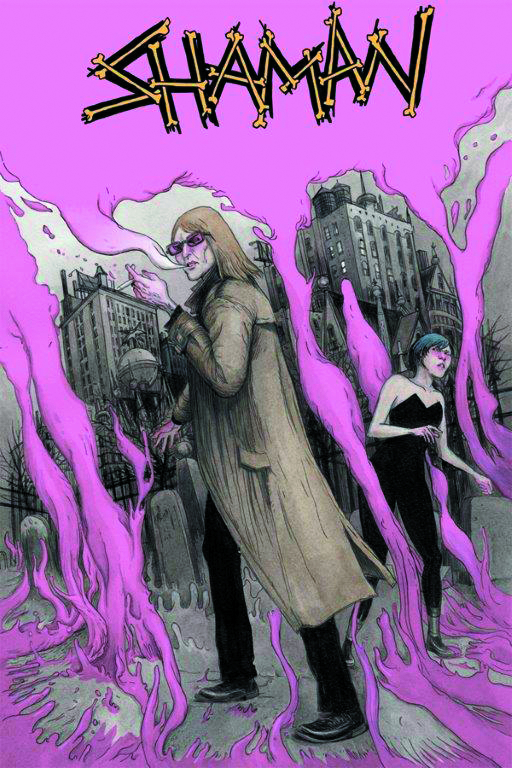 JUL151468
(W) Ben Kahn (A) Bruno Hidalgo (CA) Farel Dalrymple
In the neverending battle between good and evil, not even death is permanent. The Shaman, a mysterious mage with a trick permanently up his sleeve and the ability to restore life, has tasked himself with raising those on both sides of the battle from the grave. Working alongside a foulmouthed teenage sorceress and a retired superhero bored with the life in tights, the Shaman and his adoptive family fight monsters, demons, and even the odd astronaut or two, if that's what gets the job done!
In Shops: Sep 23, 2015
SRP: $17.99
View All Items In This Series
ORDER WISH LIST