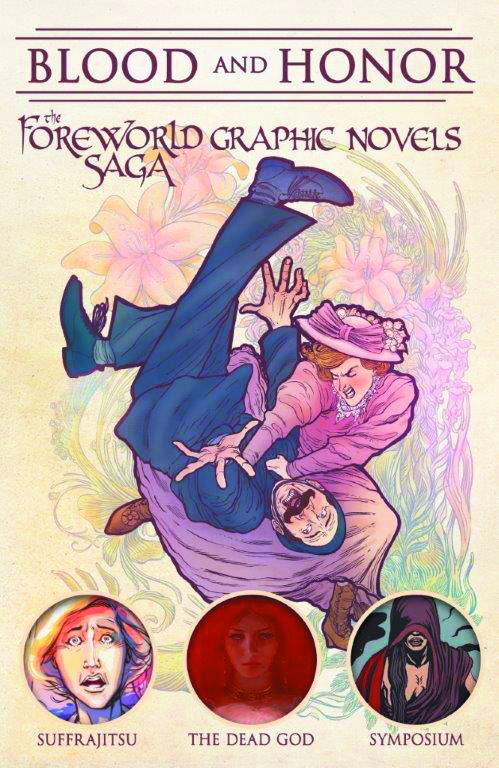 JUL151432
(W) Tony Wolf, Erik Bear, Christian Cameron (A) Haiwei Hou, Dmitry Bondarenko (A/CA) Joao Vieira
Collected for the first time: three exciting alternate history graphic novel adventures exploring fantasy, magic, and martial arts in The Foreworld Saga! Suffrajitsu: Mrs. Pankhurst's Amazons. London, 1914: The leaders of the radical women's rights movement are fugitives from the law. Their last line of defense is the secret society of "Amazons." The Dead God. In the year 536, Frisia is a hostile place of swords and sorcery. Across the dark, cold countryside, three valiant warriors quest for a treasure, the likes of which few can comprehend. Symposium. The Shield-Brethren is a secret martial order that has defended the West for centuries. Now, the origins of the order are revealed.
In Shops: Aug 26, 2015
SRP: $14.95
View All Items In This Series
ORDER WISH LIST