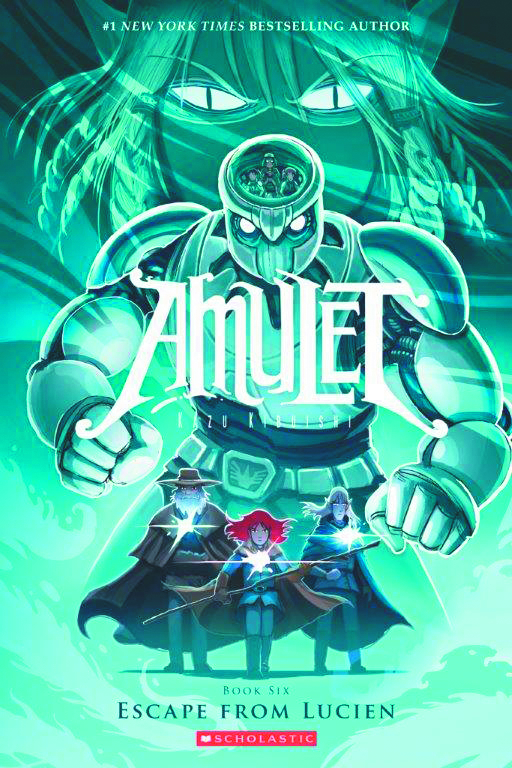 JUL151414
(W) Kazu Kibuishi (A/CA) Kazu Kibuishi
Kazu Kibuishi's #1 New York Times-bestselling graphic novel series continues! Navin and his classmates journey to Lucien, a city ravaged by war and plagued by mysterious creatures, where they search for a beacon essential to their fight against the Elf King. Meanwhile, Emily heads back into the Void with Max, one of the Elf King's loyal followers, where she learns his darkest secrets. The stakes, for both Emily and Navin, are higher than ever.
In Shops: Sep 23, 2015
SRP: $24.99
View All Items In This Series
ORDER SUBSCRIBE WISH LIST