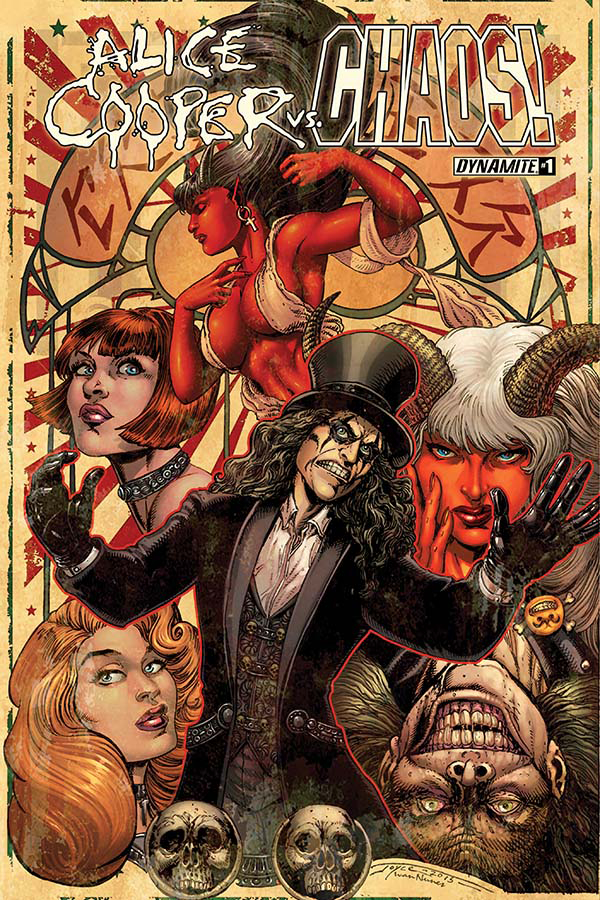 JUL151213
(W) Tim Seeley, Jim Terry (A) Jim Terry (CA) Joyce Chin
It's the ultimate heavy metal crossover as the original shock rocker meets the original death metal comic book universe! Bizarre nightmares are plaguing Evil Ernie, Chastity and Purgatori, and though the hate each other's guts, they may have to join the teen monster team called The Chosen to find the one and only Alice Cooper!
Co-writer Tim Seeley says, "I'm excited to work with my friend Jim Terry on the perfect mash-up of our favorite things. Dynamite is a great place to make crossovers, and this one will be pure metal. Raise your devil hand, fiends."
Co-writer and artist Jim Terry says, "Diving headfirst into the CHAOS universe has been incredible, like being pushed out of a plane into a combat zone filled with gods, nut jobs and the most gorgeous women you could fathom. I'm doing my best to keep up with it and hopefully kick in a little dramatic flair, as well as Tim and my own particular brand of madness. Add Alice Cooper to the mix and we're hoping to leave fans breathless from action, horror and mind bending rock n roll surrealism."
In Shops: Sep 09, 2015
SRP: $3.99
View All Items In This Series