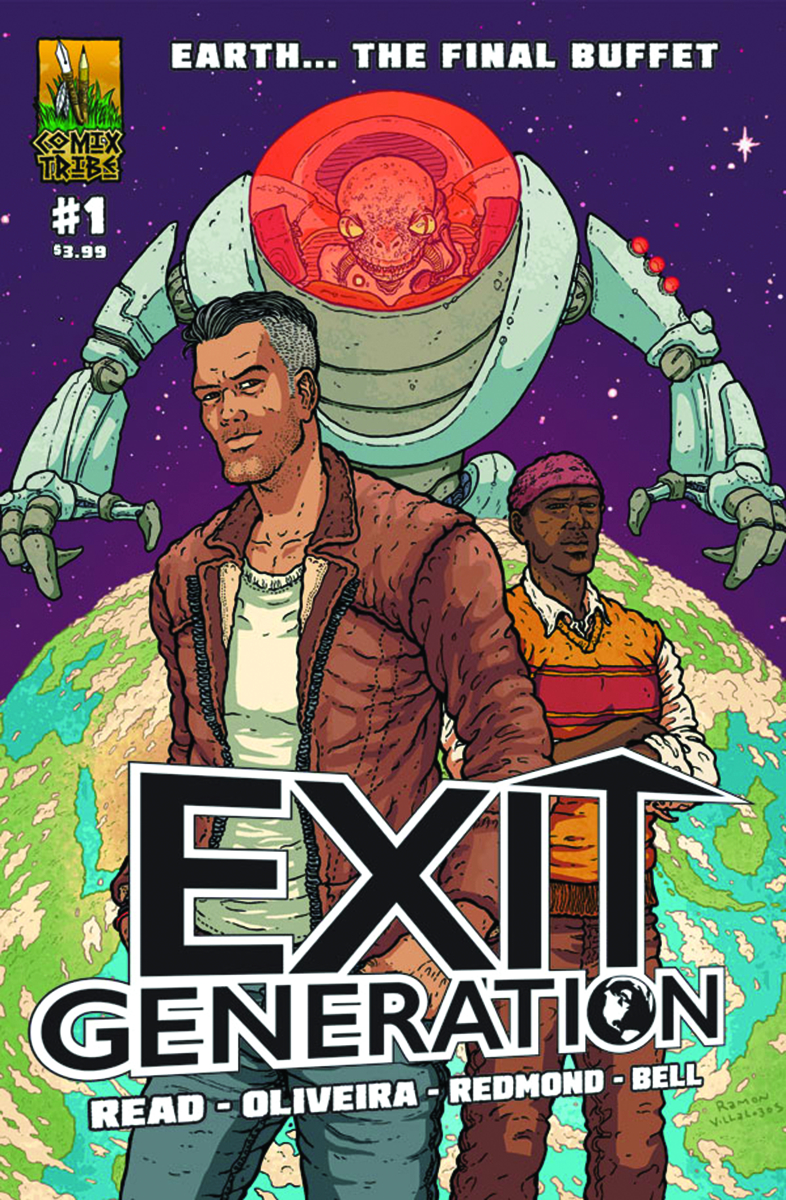 JUL151204
(W) Sam Read (A) Caio Oliveira (CA) Ramon Villalobos, Joe Mulvey
It's 2055. Ninety percent of the world's population have abandoned a resource-depleted Earth in search of a better home in the cosmos. Those left behind find themselves in an unexpected paradise - and Jack is bored out of his mind. He dreams of action inspired by 80's movies and punk rock. But when a legion of carnivorous aliens arrive, Jack learns you should be careful what you wish for! Featuring covers by Ramon Villalobos (E is for Extinction) and connecting variants by Joe Mulvey (SCAM), Exit Generation is a breakneck sci-fi adventure!
In Shops: Sep 23, 2015
SRP: $3.99
View All Items In This Series