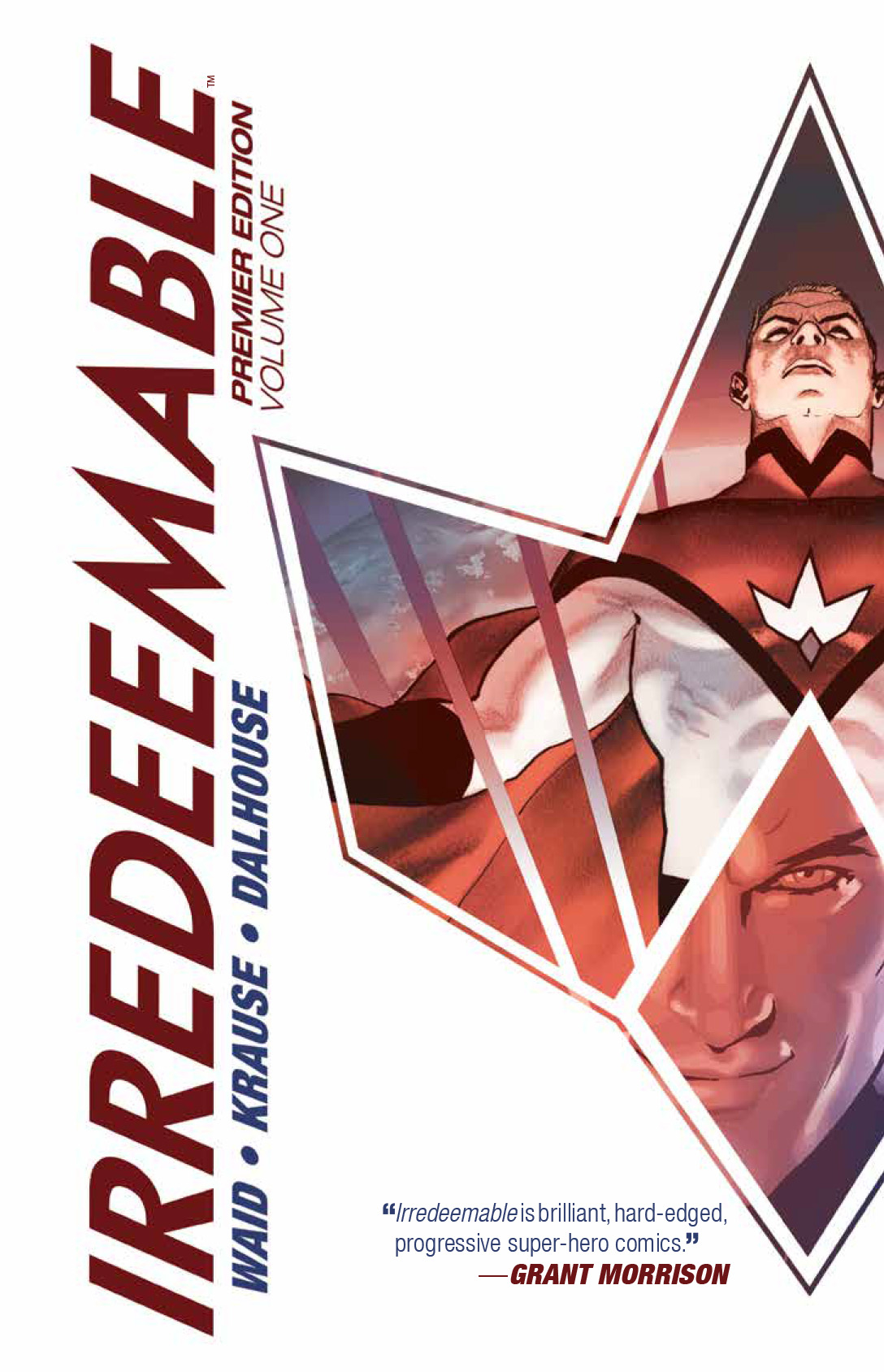 JUL151105
(W) Mark Waid (A) Peter Krause (CA) John Cassaday
What's to Love: Mark Waid is not only our former editor-in-chief, but is also one of our favorite storytellers in comics, having amassed a long list of critically acclaimed hits in his 20-year career and writing such iconic characters as Superman, Captain America, Batman, The Flash, and Wonder Woman. Waid earned a legion of fans because his stories tended to ground seemingly infallible heroes, and in titles like DC's Kingdom Come, Gorilla Comics' Empire, and our own Irredeemable, he showed the other side of what it's like to wear the capes and tights. We are proud to present Waid's award-nominated Irredeemable in a new collection of oversized, deluxe hardcovers for existing and new fans to enjoy!

What It Is: When the Plutonian, the world's greatest superhero, snaps and turns into the world's greatest villain, only his former teammates have a chance at stopping his rampage. But while on the run from the world's most powerful and angry being, will these former teammates discover his secrets in time? How did he come to this? What became of the hope and promise once inside him? What happens to the world when its savior betrays it? What makes a hero irredeemable? An apocalyptic superhero tale by the author of Empire and multiple Eisner Award winner Kingdom Come! Collects issues #1-8 of Irredeemable.
In Shops: Nov 04, 2015
SRP: $29.99
View All Items In This Series