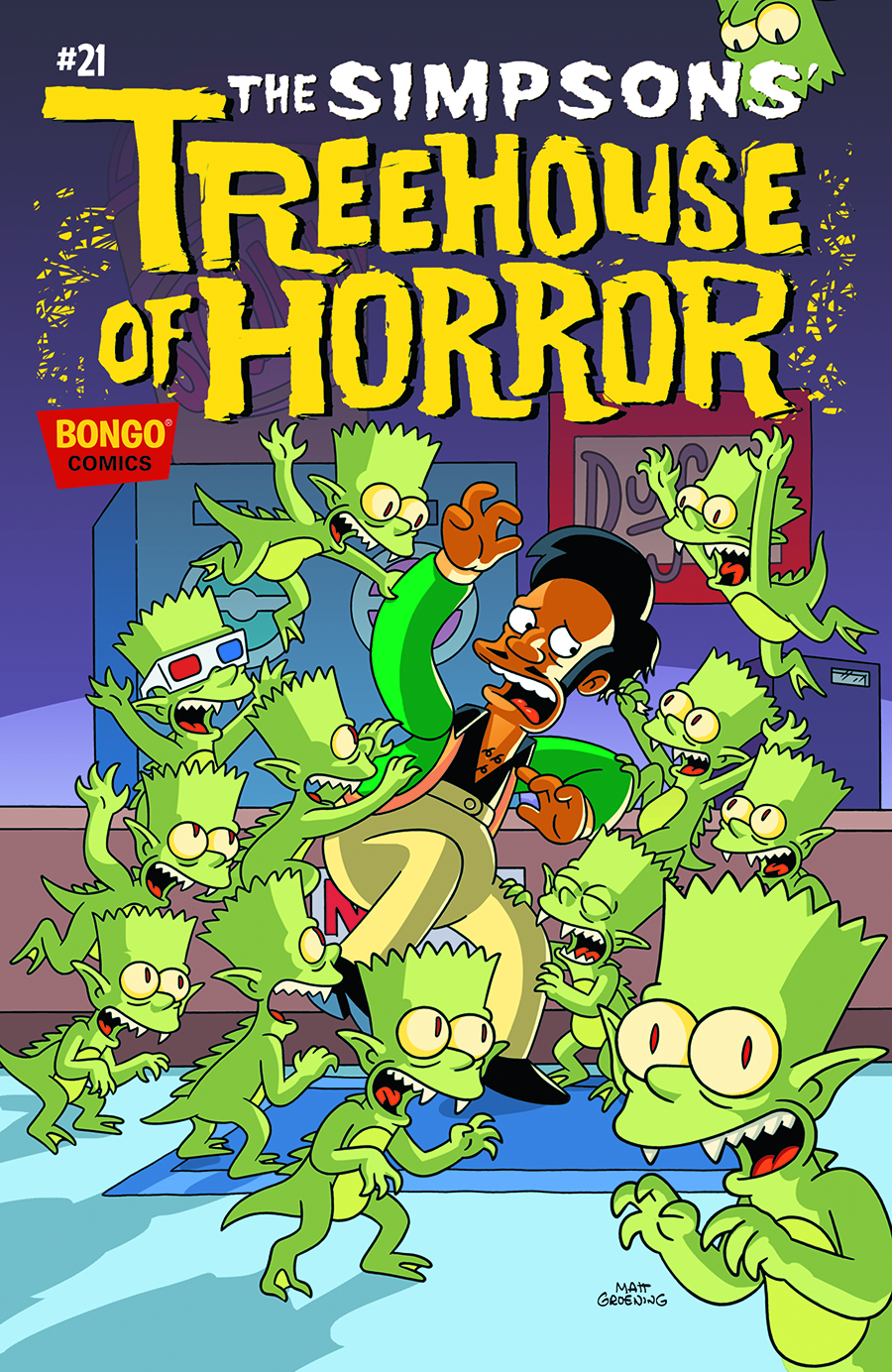 JUL151071
(W) Ian Boothby, Arie Kaplan, Batton Lash (A) Tone Rodriguez, James Lloyd, Ryan Rivette (CA) Jason Ho
Ned Flanders believes he has missed "The Rapture" until he discovers that everyone who has been left behind is left-handed! Then, Apu accidentally receives a shipment of adorable gremlins intended for the sorcery shop a few doors down the block; unfortunately, he doesn't read the warning that tells him not to feed them Squishees after midnight. And visit the "metropolitan" world of Fritz Lang (Simpsons-style), when the idle rich championed by Mr. Burns clash with the working poor led by Marge Simpson.
In Shops: Sep 16, 2015
SRP: $4.99
View All Items In This Series
ORDER WISH LIST