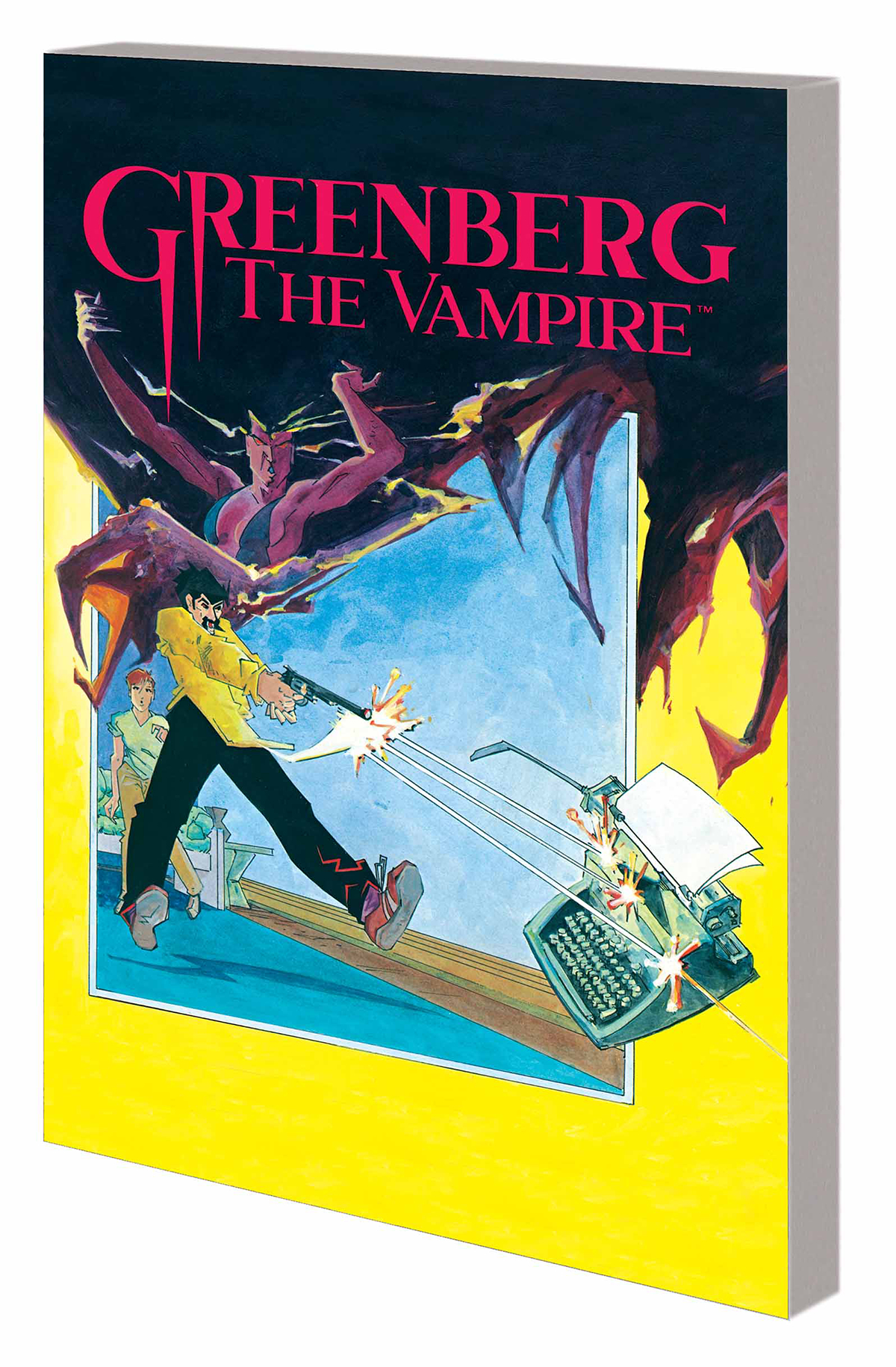 JUL150846
(W) J. M. DeMatteis (A) Steve Leialoha (A/CA) Mark Badger
Oscar Greenberg is not your typical vampire. He doesn't drink human blood, for one. He's a successful author - albeit prone to writer's block. And he's a good son, who's kept his secret from his dear old Mama. Oscar's also very much in love with Denise, the vamp who turned him. Their happily ever after might actually last forever - unless someone comes between them. Someone like Arthur Keaton: Vampire Hunter, who also happens to be Denise's brother! Then there's the demonic Lilith, who's long had designs on Oscar. She'll go to great lengths to seduce him, in a bid to usher the world into a new age of wanton lust. Can true love conquer all, even for the undead? Rediscover a forgotten tale of fangs, family and infatuation! Collecting MARVEL GRAPHIC NOVEL #20 and material from BIZARRE ADVENTURES #29.
Mature
In Shops: Sep 30, 2015
SRP: $15.99
ORDER WISH LIST