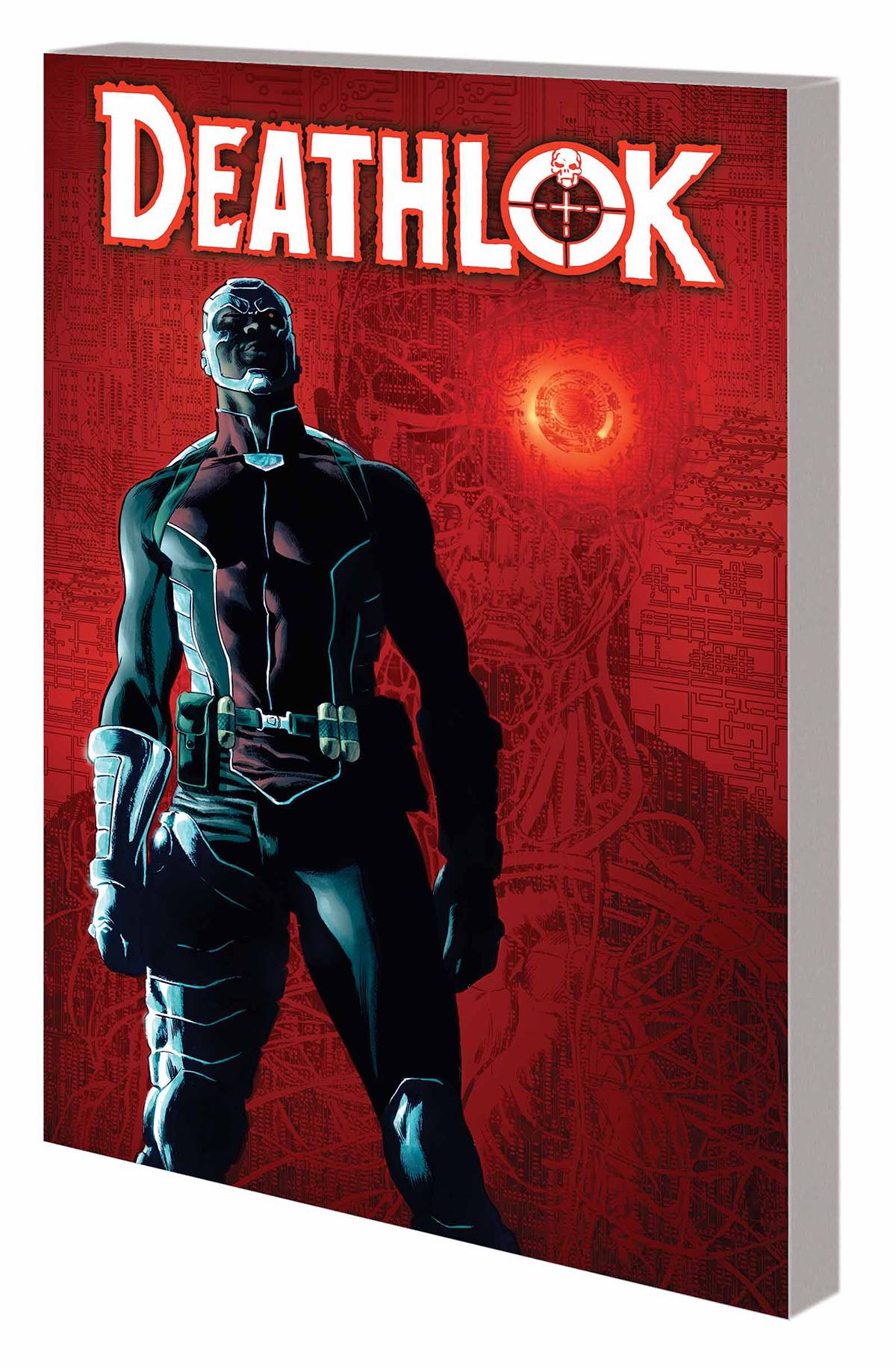 #
JUL150837
(W) Nathan Edmondson (A/CA) Mike Perkins
Henry Hayes knows who - and what - he is! Has CONTROL lost control? What will happen now that there are no strings on Deathlok? And when he's sent on a mission he can't stomach, what are the consequences of challenging his former puppet masters? Meanwhile, S.H.I.E.L.D. Agent Andrea Hope knows that the only way to Henry Hayes is through his daughter, and enlists unlikely help: former Deathlok Michael Collins! But what game are they playing? And when Domino gets involved, can A.I.M. be far behind? Out of control and out of time, Henry Hayes turns on BioTek, but what happens when you put two Deathloks in a room together? And when Henry finds himself facing S.H.I.E.L.D., BioTek and his own predecessor, what option does he have left...but to die? Collecting DEATHLOK (2014) #6-10.
Rated T+
In Shops: Sep 23, 2015
SRP: $15.99
View All Items In This Series
ORDER WISH LIST