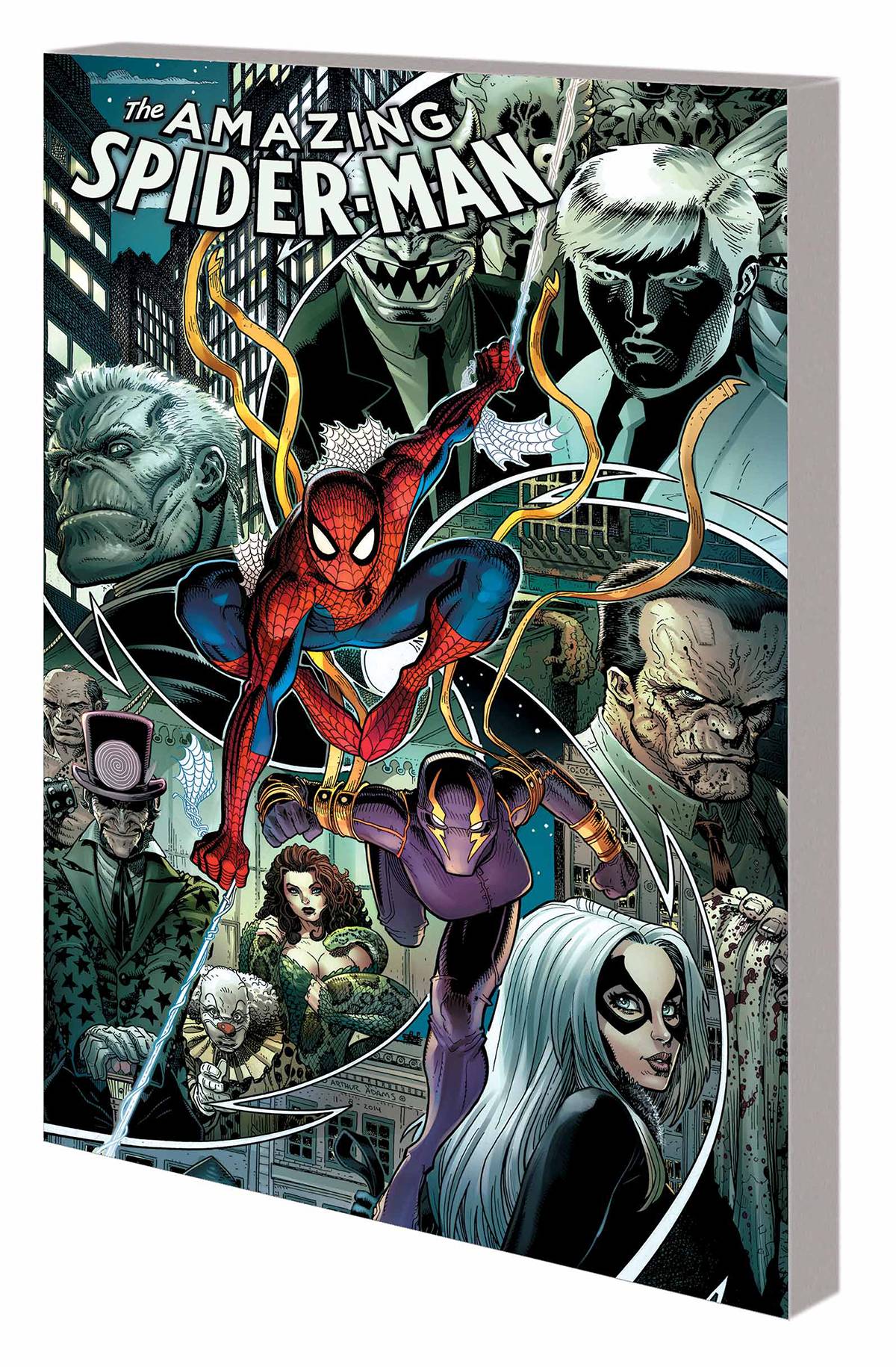 #
JUL150836
(W) Gerry Conway (A) Carlo Barberi (CA) Arthur Adams
New York City's underworld is in a state of flux, and has been since the Kingpin got taken out. Now, a vicious gang war is heating up, and Spider-Man is determined to stop it. But he's not the only one. Police Captain Yuri Watanabe is trying to curtail the madness - both in her day job, and as the vigilante the Wraith! But do Spidey and Wraith play by the same rules? The two uneasy allies try to keep the gang war from spiraling out of control - but when Hammerhead enters the picture, all bets are off. Soon, Spider-Man finds himself caught between Wraith and a cabal of deadly super criminals! Can Spidey put out the fire, or will the underworld burn? New York City's crime landscape will never be the same! Collecting AMAZING SPIDER-MAN (2014) #16.1-20.1.
Rated T+
In Shops: Sep 23, 2015
SRP: $16.99
View All Items In This Series
ORDER WISH LIST