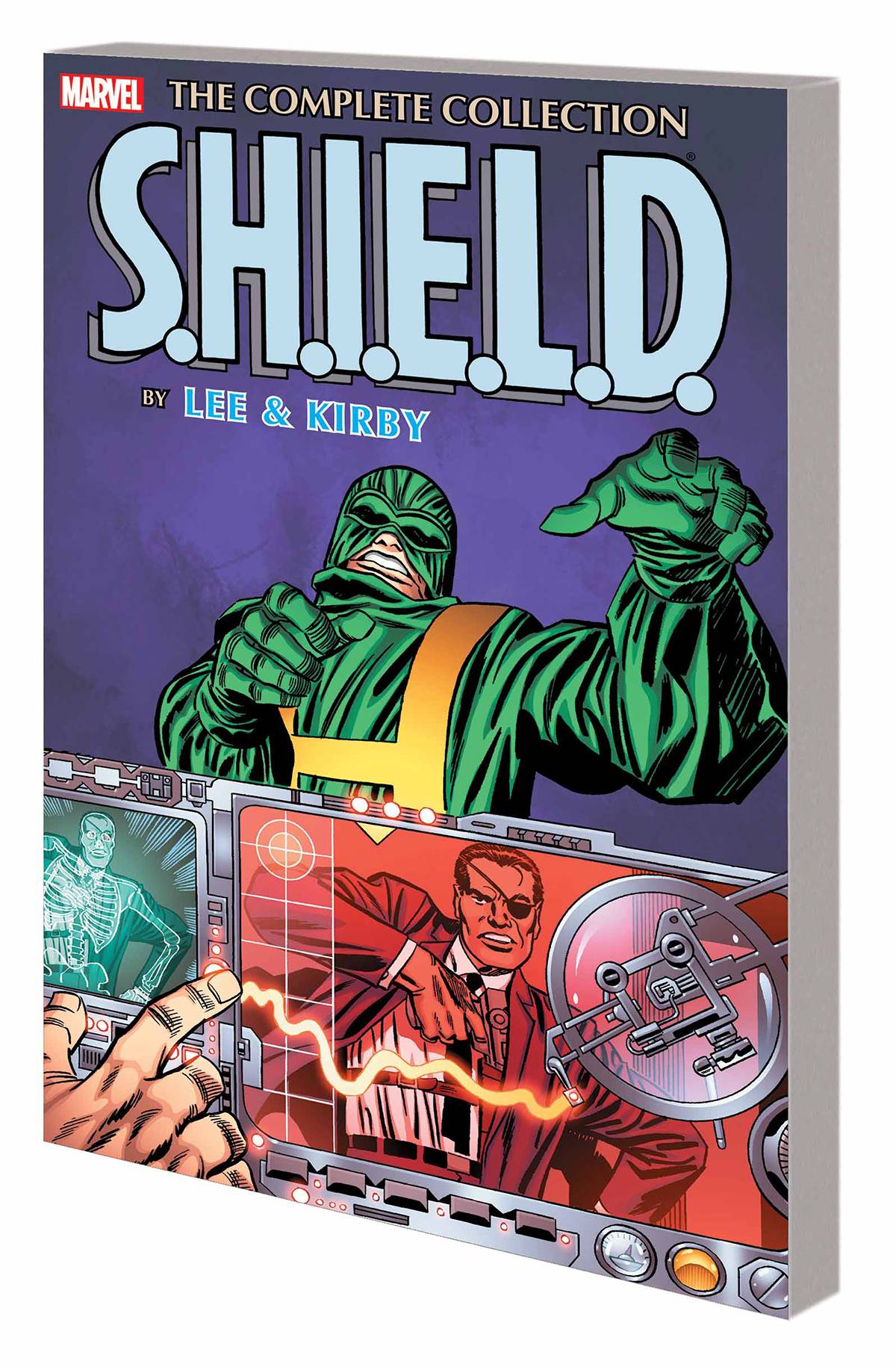 #
JUL150833
(W) Stan Lee, Jack Kirby, Dennis O'Neil
Celebrating S.H.I.E.L.D.'s 50th anniversary, Marvel proudly presents the very first S.H.I.E.L.D. adventures! In 1965, having revolutionized everything from super heroes to war and Westerns, Stan Lee and Jack Kirby set their sights on the spy game. Cold War covert ops had been dominating headlines, so they created an international organization to protect the Marvel Universe. Headed by Nick Fury, and featuring Tony Stark and the Howling Commandos, S.H.I.E.L.D. boasted amazing gadgets, world-dominating villains and the debut of the awesome Helicarrier! These inaugural adventures include the first appearances of Hydra and A.I.M.; a team-up with Captain America; and countless threats to every man, woman and child on planet Earth. Get ready to dive into the world of the Agents of S.H.I.E.L.D.! Collecting FANTASTIC FOUR (1961) #21, and material from STRANGE TALES (1951) #135-150 and TALES OF SUSPENSE (1959) #78.
All Ages
In Shops: Sep 30, 2015
SRP: $24.99
ORDER WISH LIST