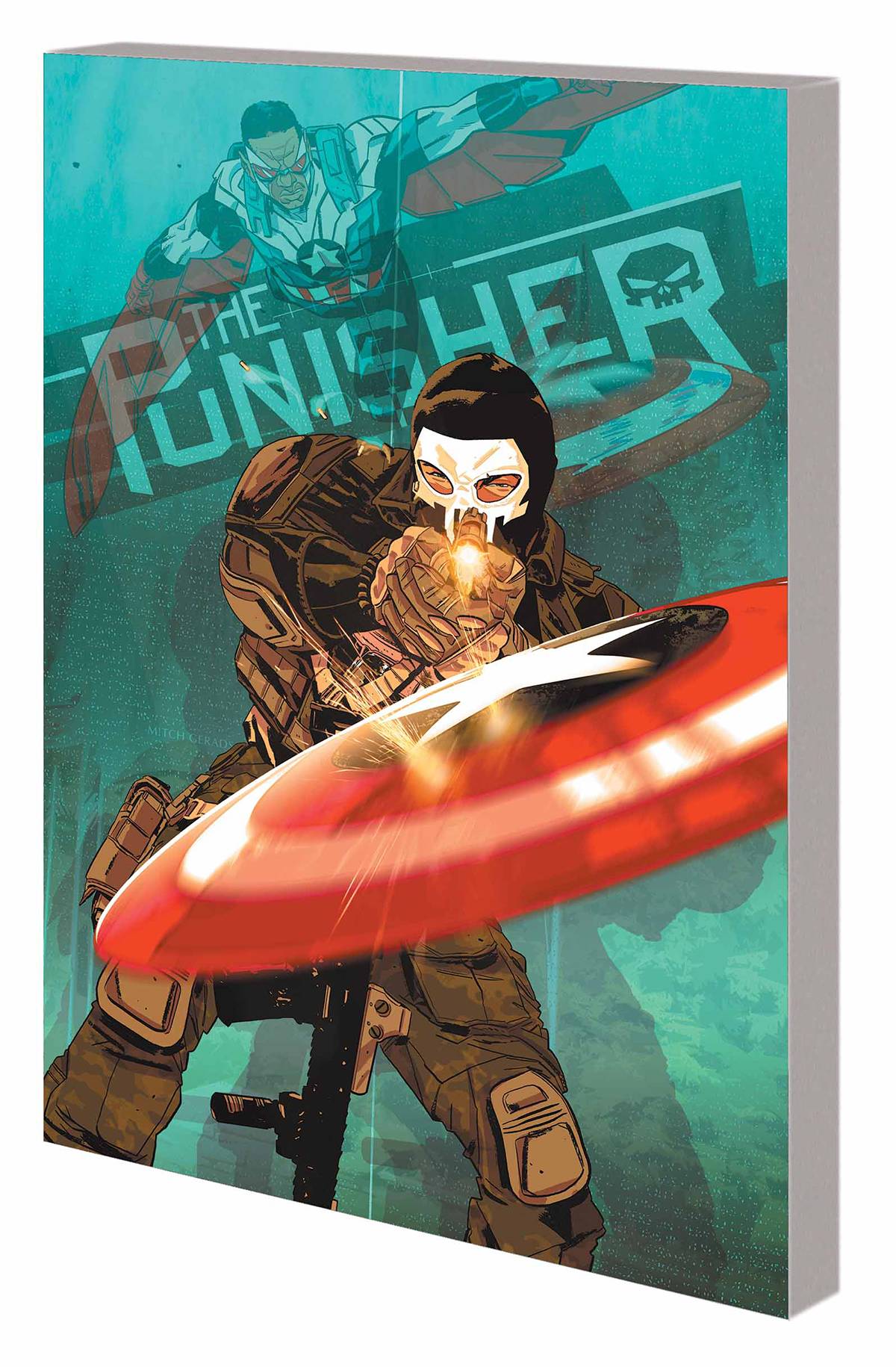 #
JUL150831
(W) Nathan Edmondson (A/CA) Mitch Gerads
The Howling Commandos have gone a step too far: They have Frank Castle's only remaining family sequestered in a Los Angeles hotel. As the city erupts into chaos, Frank brings the fight - and most of L.A.'s gangs - to them! As Frank follows the trail of corruption all the way to the nation's capital, he finds himself up against a force that will test his morals, his resolve, and his fiber as a soldier. With the Punisher on a government hit list, has Frank walked into the lion's den? Or can he find the man pulling the strings - before Captain America stops him? Frank Castle is out for punishment, and his long quest for vengeance is nearly at an end. But the clock is ticking - and he plans to go out with a bang, not a whimper. Collecting PUNISHER (2014) #13-20.
Parental Advisory
In Shops: Sep 23, 2015
SRP: $24.99
View All Items In This Series
ORDER WISH LIST