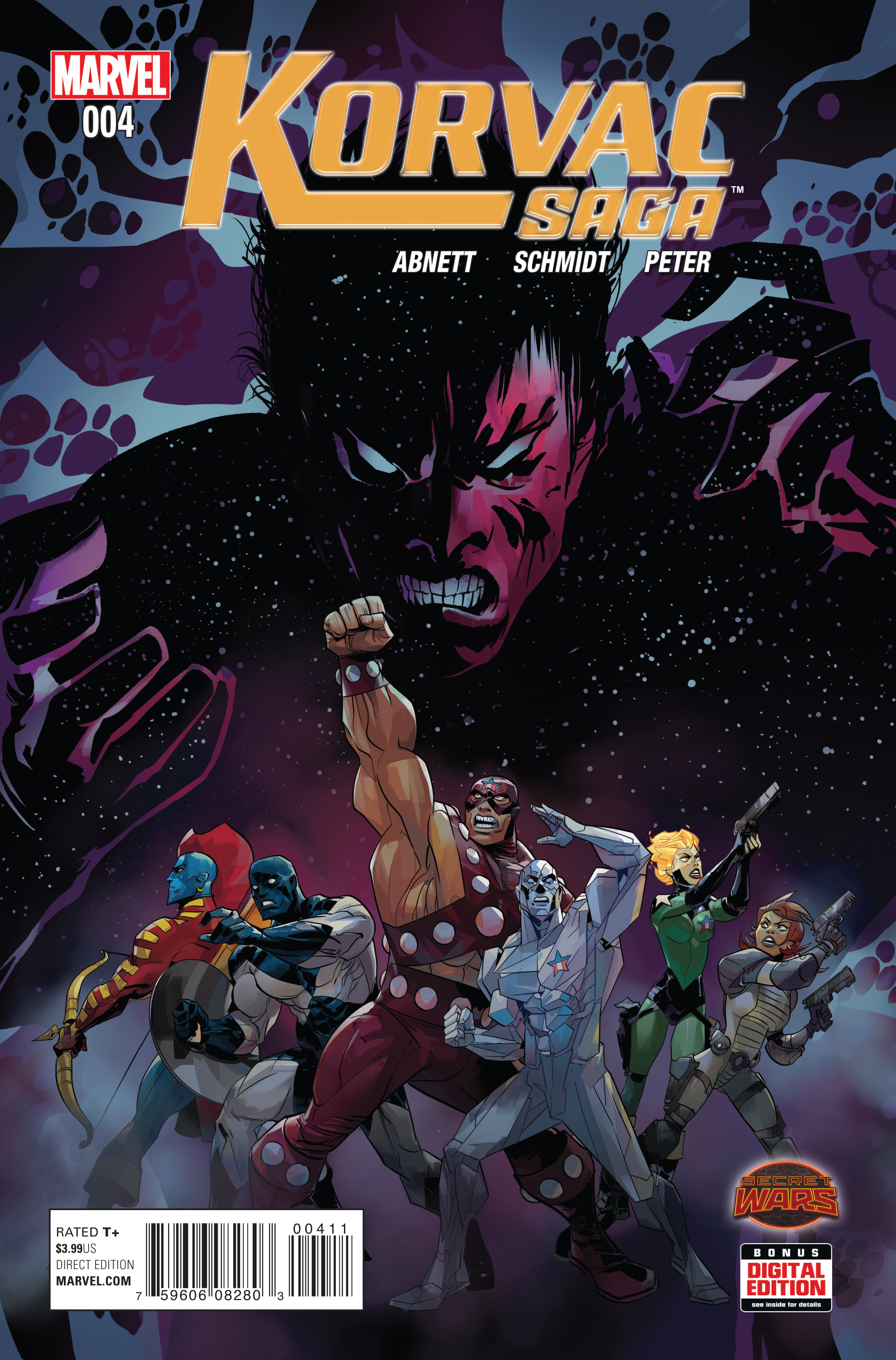 JUL150744
(W) Dan Abnett (A/CA) Otto Schmidt
• Lord Michael Korvac's kingdom of The Forest Hills is all but overwhelmed by a dark plague of madness, and the crisis threatens to draw down the wrath of God Doom himself.
•  Korvac's rival, the Wonder Man Simon Williams, has decided to move against the governor, deploying his Avengers in an effort to seize power and spare both Korvac's kingdom and his own from Doom's displeasure. Only Korvac's loyal Guardians stand in the way of this ruthless power play, and a terrible, world-shattering secret is about to be discovered...
Rated T+
In Shops: Sep 09, 2015
SRP: $3.99
View All Items In This Series