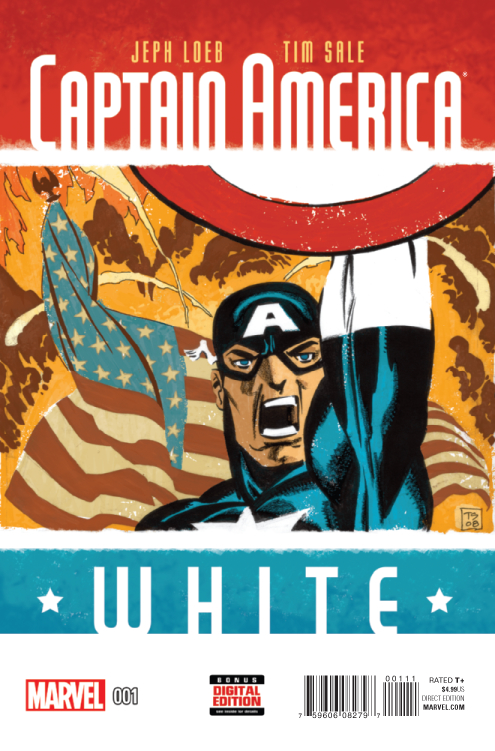 JUL150711
(W) Jeph Loeb (A/CA) Tim Sale
THE SUPERSTAR CREATIVE TEAM OF SPIDER-MAN: BLUE, HULK: GRAY, AND DAREDEVIL: YELLOW BRING THEIR MAGIC TO AMERICA'S #1 HERO
•  From his re-awakening in the present day to his days on the battlefield during World War II, follow CAPTAIN AMERICA as he recalls a special mission during THE BIG ONE!
•  It's 1941 and the HOWLING COMMANDOS are just looking to kick back and relax....
•  But CAP and BUCKY are about to make their night a whole lot worse!
•  The EISNER AWARD-WINNING team of JEPH LOEB and TIM SALE reunite to tell a shocking story of CAPTAIN AMERICA AND BUCKY!
•  Extra-sized issue featuring CAPTAIN AMERICA: WHITE #0
Rated T+
In Shops: Sep 16, 2015
SRP: $4.99
View All Items In This Series