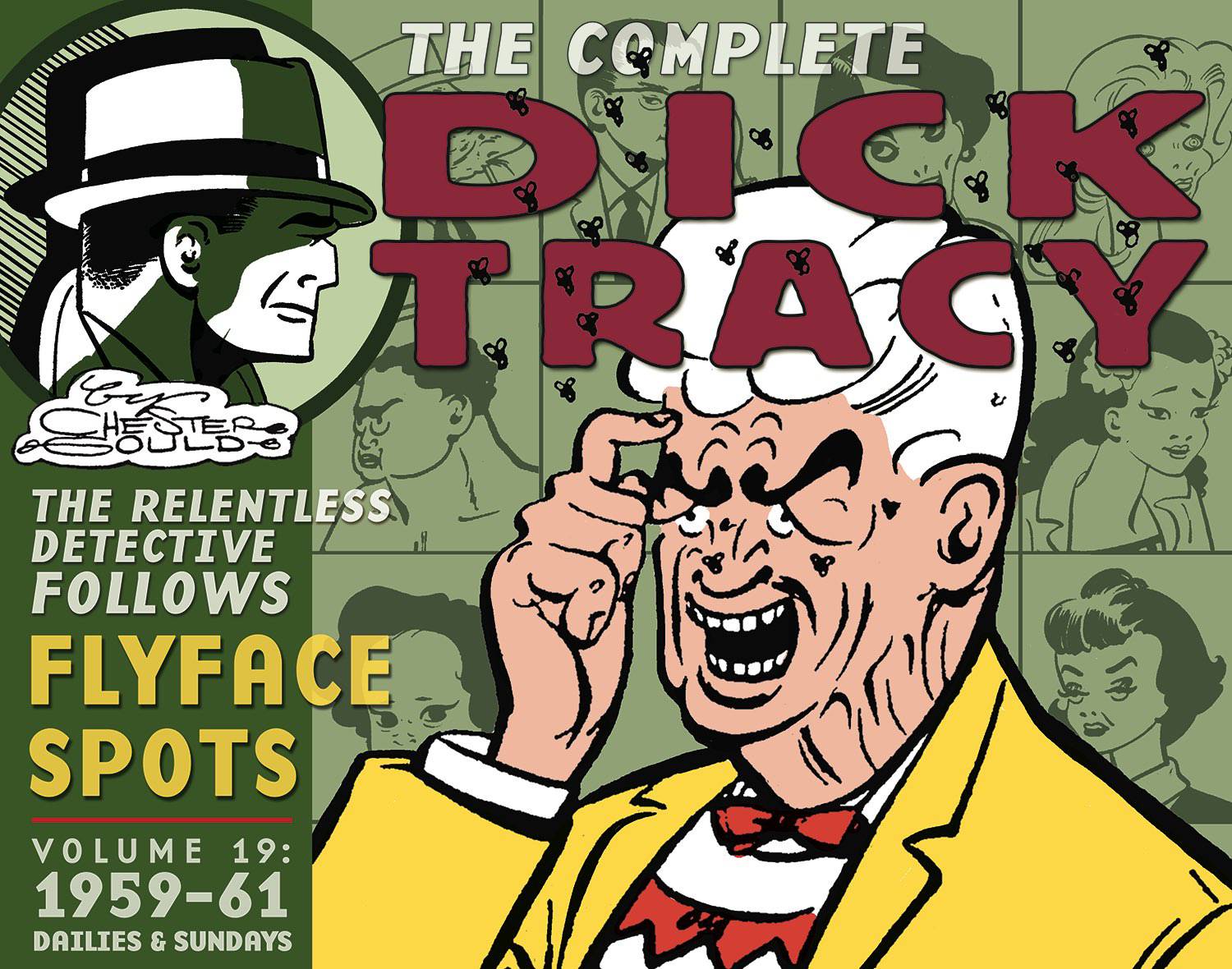 #
JUL150521
(W) Chester Gould (A/CA) Chester Gould
Dick Tracy meets Spots (a small-time grifter who suddenly gets big-time ambitions), a hitman named Halfa Million and his brother, the syndicate boss "Willie-the-Fifth," plus a legal eagle named Flyface, one of Chester Gould's most visually memorable villains. Throw in a couple of skeletal remains, a death-dealing tidal wave, a gun moll named Olive Tomate, and the return of B.O. Plenty, Gravel Gertie, and a plump cereal-overeating Sparkle Plenty-then watch the sparks fly, as Dick Tracy nears its thirtieth anniversary in the complete strips from July 12, 1959 through February 19, 1961.
In Shops: Nov 11, 2015
SRP: $39.99
View All Items In This Series
ORDER SUBSCRIBE WISH LIST