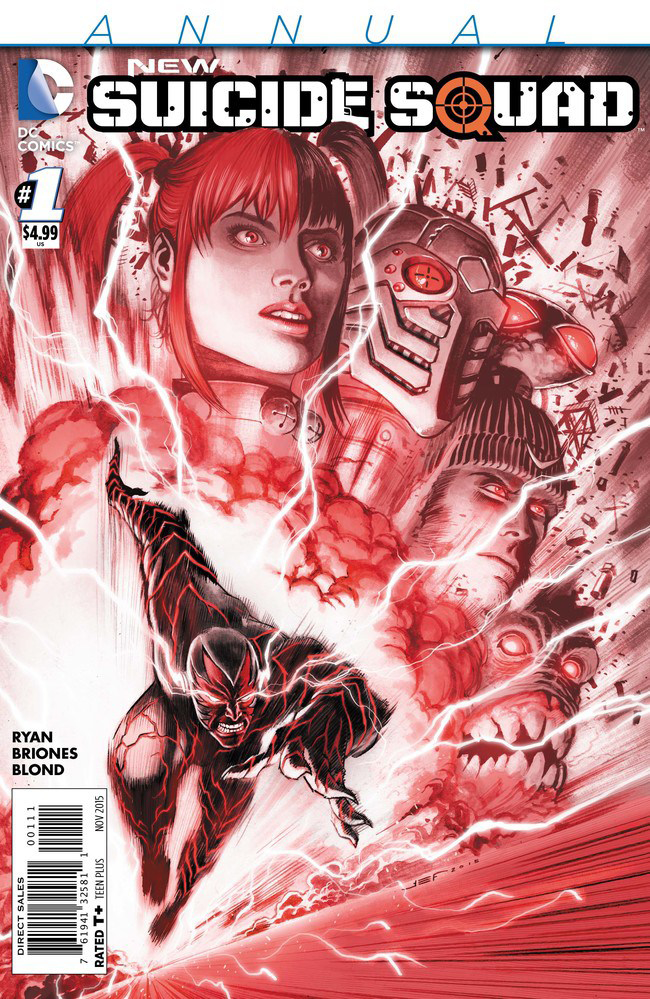 JUL150233
(W) Sean Ryan (A) Philippe Briones (CA) Juan Ferreyra
The "Monsters" storyline concludes in epic fashion when the League splinter group prepares to unleash a secret weapon deadlier than anyone could have imagined. Can the Suicide Squad stop it? Do they even want to?
In Shops: Sep 30, 2015
SRP: $4.99
View All Items In This Series