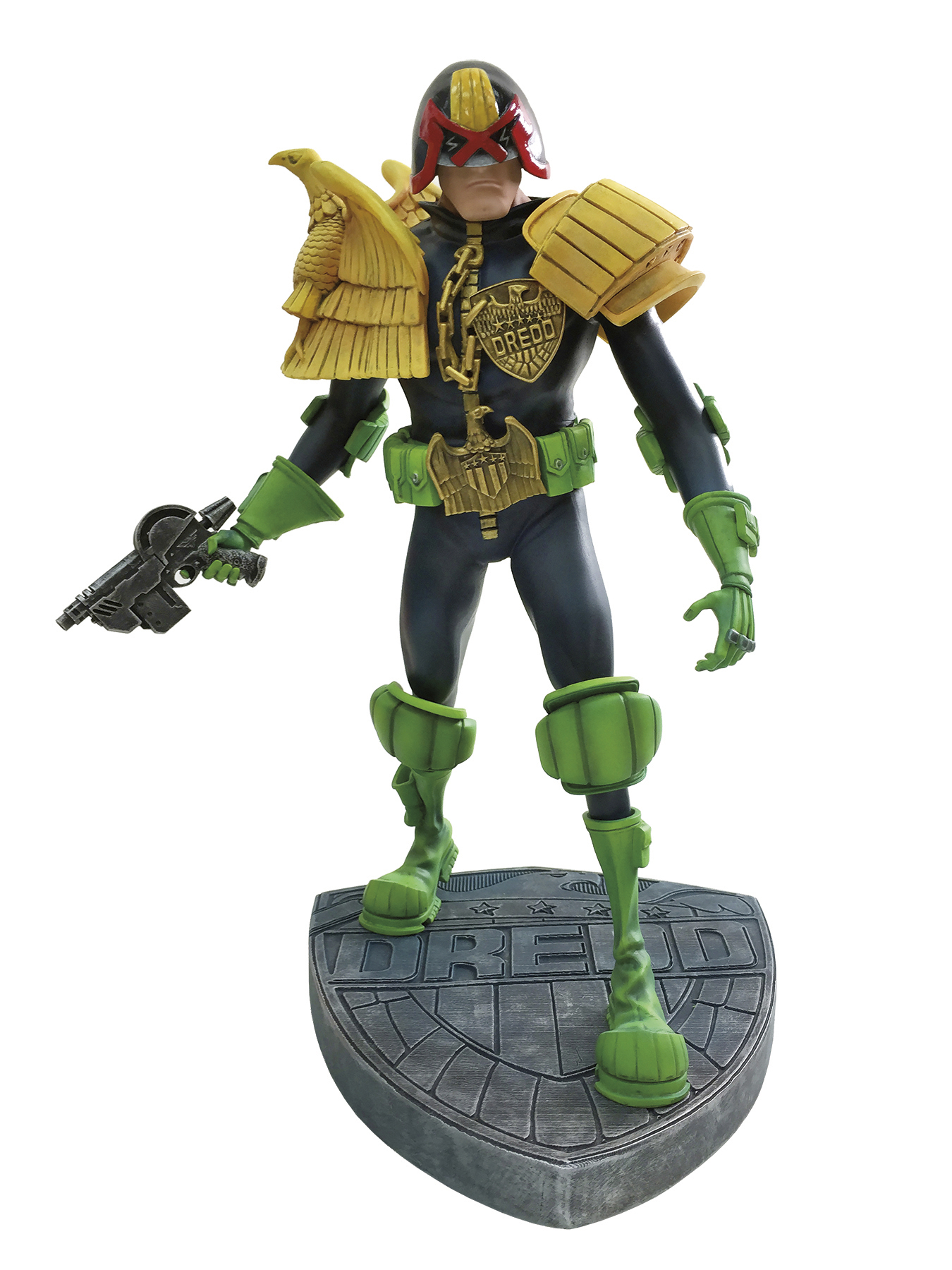 JUL150117
Dark Horse has joined with Together+ to bring the North American market a stunning sculptural interpretation of Britain's longest-running comics protagonist- the faceless embodiment of cold justice from Mega-City One: Judge Dredd.

Several of the world's great graphic artists have interpreted Judge Dredd, but his first published appearance was by Mike McMahon.

The figure stands 12" high on a 1" base and is intensively detailed, using a combination of PVC and ABS materials. Its high-end production succeeds in pushing the envelope for the vinyl figure category, giving new meaning to the term "execution." Packaged in a stunning window box, the figure is a must for serious collectors.
In Shops: Apr 27, 2016
SRP: $129.99
ORDER WISH LIST