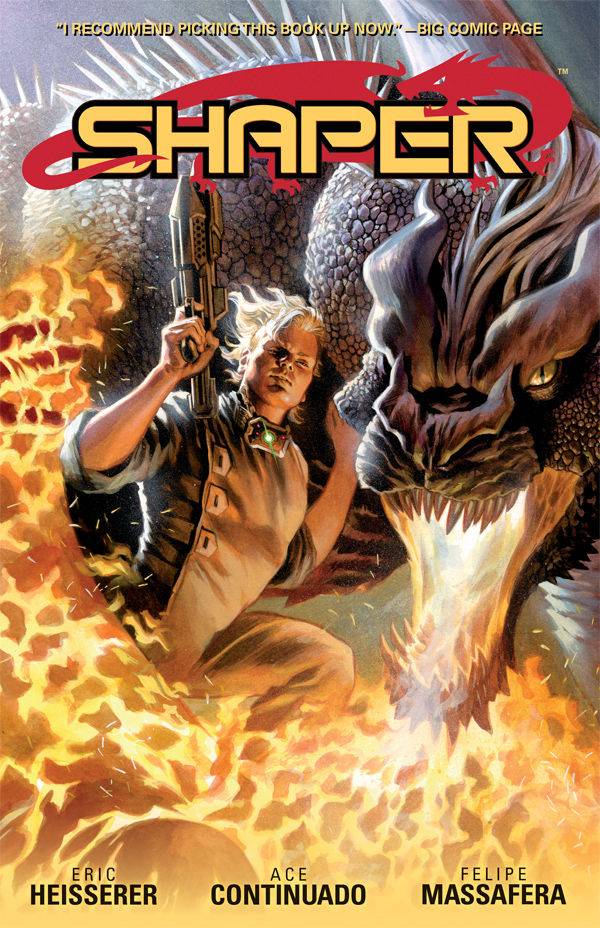 #
JUL150099
(W) Eric Heisserer (A/CA) Felipe Massafera
A galactic empire hunts a race of shape shifters that it believes will overthrow its rule. When an orphaned teenager discovers that he is one of the hunted-a Shaper-he must use his newfound abilities to save his people and fulfill the empire's prophecy of its own downfall. Collects issues #1-#5.
In Shops: Nov 04, 2015
SRP: $17.99