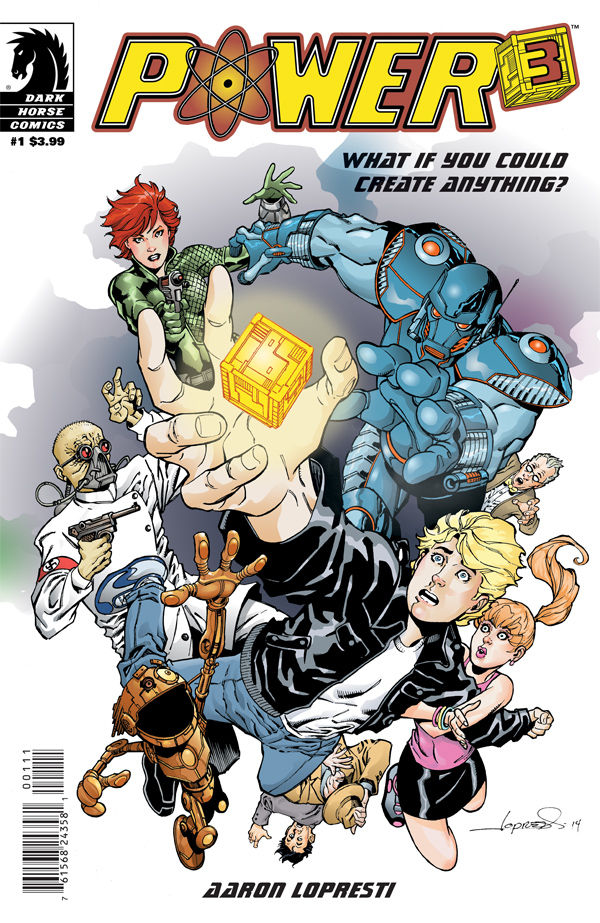 JUL150092
(W) Aaron Lopresti (A/CA) Aaron Lopresti
What if you had a piece of technology that created anything you could possibly want, and all you had to do was imagine it? What would you wish for? For Kenny Logan, his first wish is to survive his eighteenth birthday! His unique matter-reinterpreting device has attracted the attention of a bumbling Nazi scientist with plans for world domination and an elite government agent who is hell bent on acquiring the device to stop an alien invasion at any cost. Aaron Lopresti delivers a comical coming-of-age tale in a fantastic sci-fi universe!
In Shops: Sep 23, 2015
SRP: $3.99
View All Items In This Series