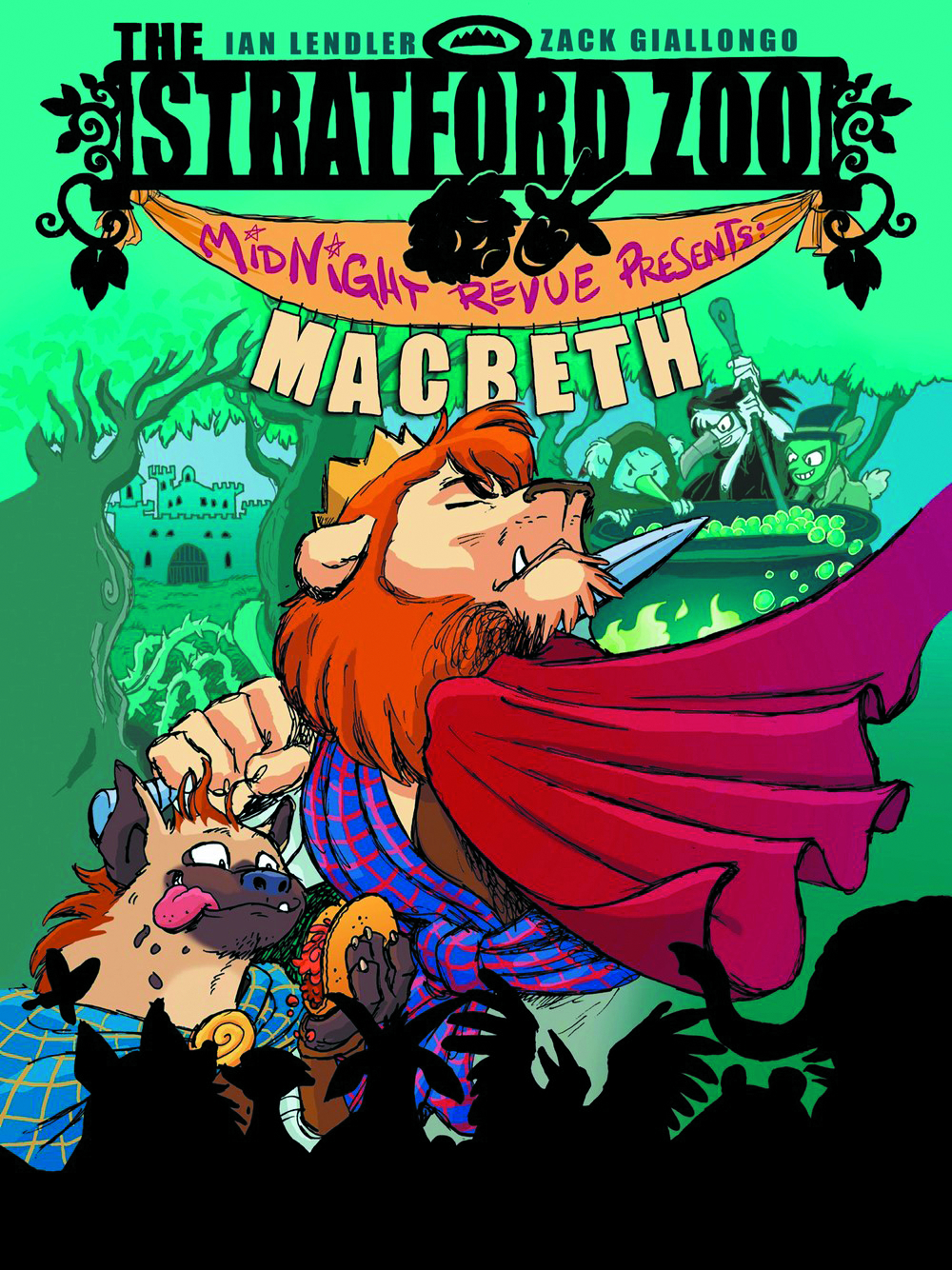 JUL141260
(W) Ian Lendler (A/CA) Zack Giallongo
The Stratford Zoo looks like a normal zoo - until the gates shut at night! That's when the animals come out of their cages to stage elaborate performances of Shakespeare's greatest works. They might not be the most accomplished thespians, but they've got what counts: heart. Also fangs, feathers, scales, and tails. Macbeth, Shakespeare's greatest tragedy, has never been so funny as when it's performed by the animals of Stratford Zoo!
In Shops: Oct 08, 2014
SRP: $12.99