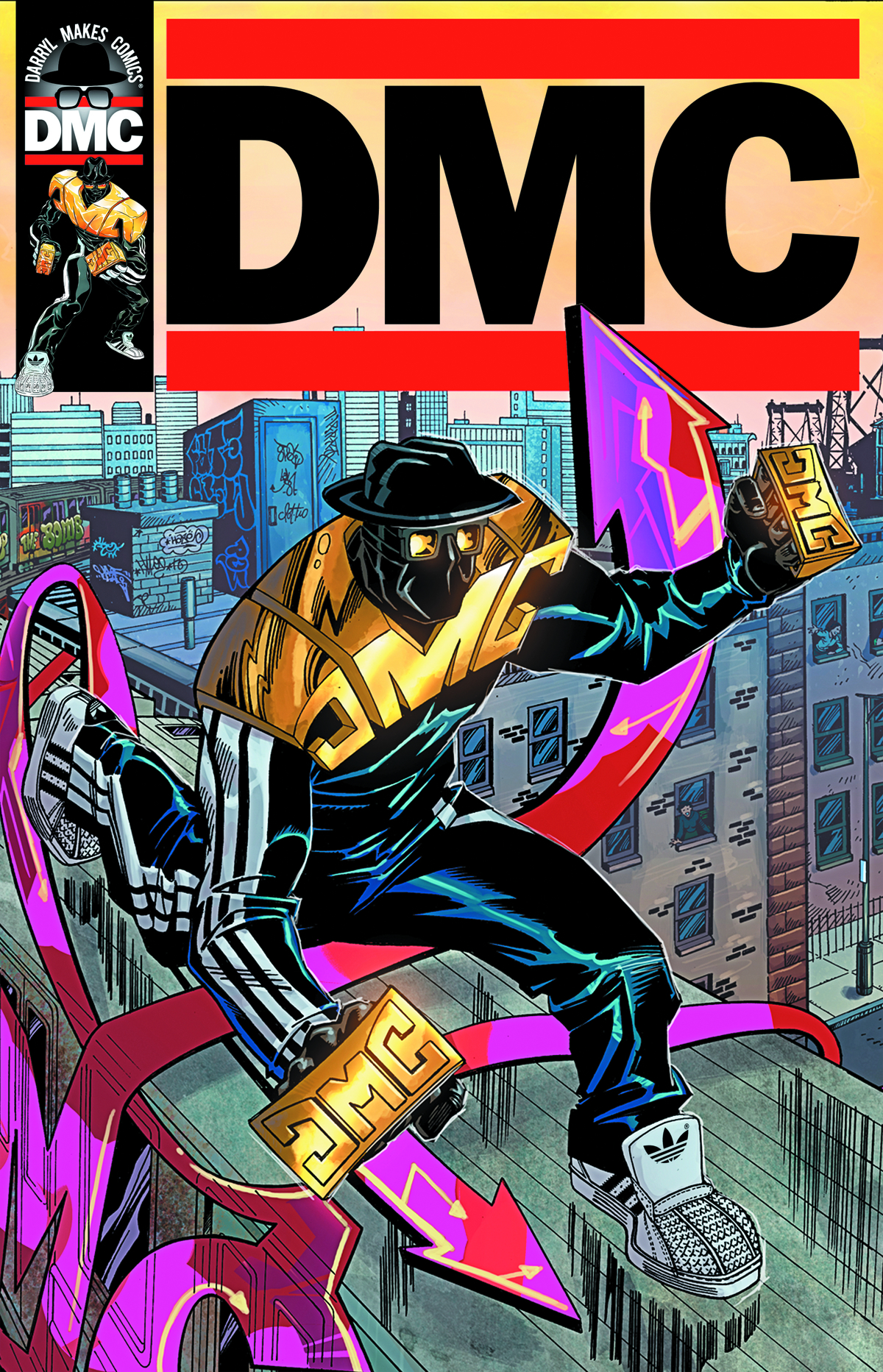 JUL141175
(W) Darryl McDaniels, Ron Wimberly, Damion Scott (A) Felipe Smith, Jeff Stokely, Khoi Pham (CA) Sal Buscema
New York City, 1985. Wildstyle graffiti covers subway cars. Koch is mayor. Drugs and crime rule the streets. A terrifying plague is brewing in the shadows. As the populace loses faith in the police, the city's brand new guardian angels wear spandex and capes, wielding their gadgets and their superpowers to clean up the City, even if their methods hurt more people than they help. They whisper the name of the hero: DMC. He dons his tracksuit and Adidas sneakers to defends the city's marginalized citizens against super villain and super hero alike, leaving no traces besides the imprint of his knuckle rings on his opponents' faces.
In Shops: Oct 29, 2014
SRP: $19.99
View All Items In This Series