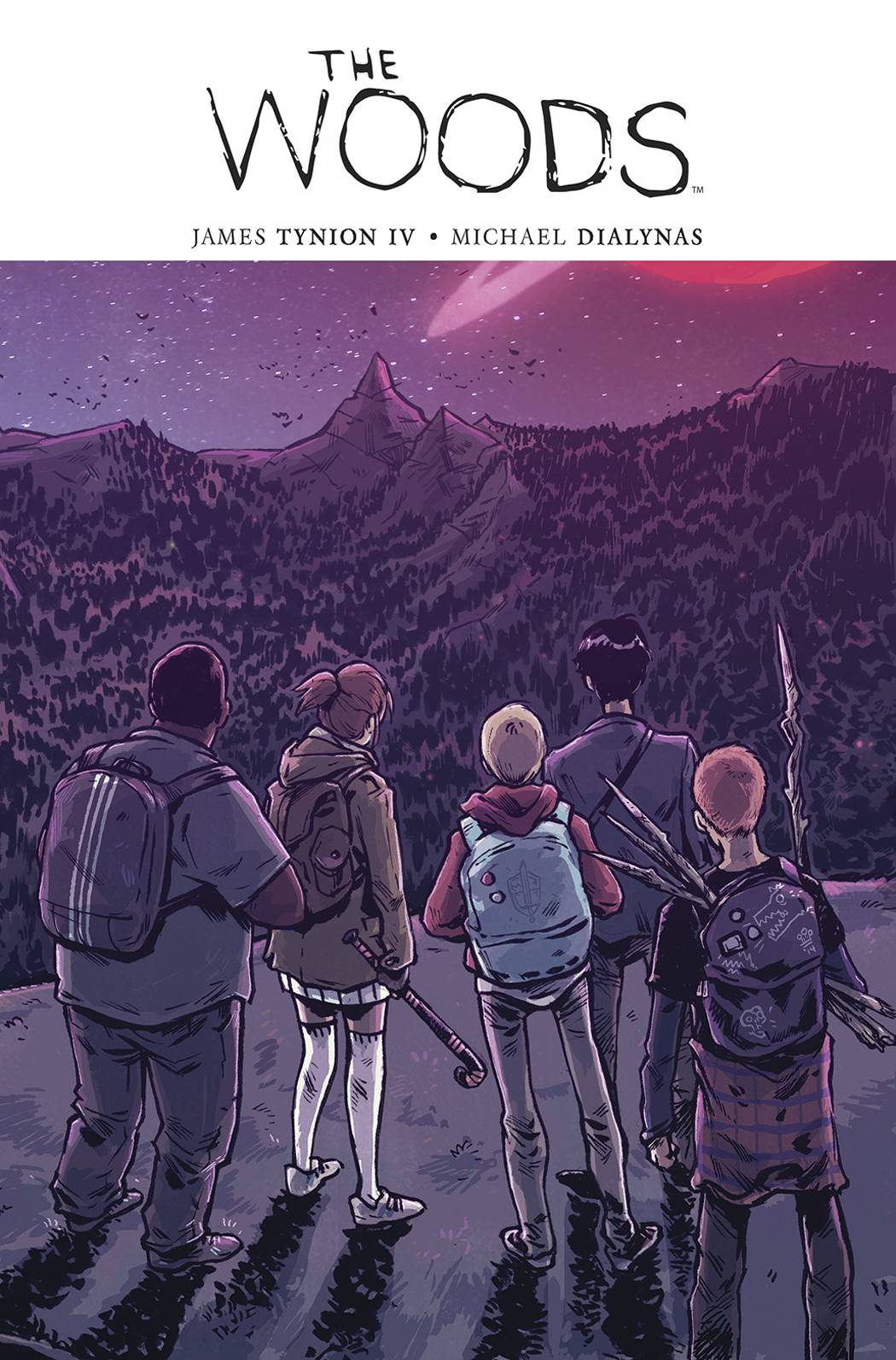 #
JUL140953
(W) James TynionIV (A/CA) Michael Dialynas
WHY WE LOVE IT: As fans of James Tynion IV's work in the Batman universe (BATMAN ETERNAL, RED HOOD AND THE OUTLAWS), we were eager to publish his first original comic series. THE WOODS gives us that same eerie, small-town horror feel we get whenever we read a Stephen King novel.
WHY YOU'LL LOVE IT: James Tynion IV is a former protege of BATMAN writer Scott Snyder, so you know he's learned a lot about how to craft a compelling tale. If you're fan of teen conspiracy comics like Morning Glories, Sheltered, and Revival, you'll immediately be sucked into THE WOODS.
WHAT IT'S ABOUT: On October 16, 2013, 437 students, 52 teachers, and 24 additional staff from Bay Point Preparatory High School in suburban Milwaukee, WI vanished without a trace. Countless light years away, far outside the bounds of the charted universe, 513 people find themselves in the middle of an ancient, primordial wilderness. Where are they? Why are they there? The answers will prove stranger than anyone could possibly imagine. Collects issues #1-4 of the critically acclaimed series.
In Shops: Sep 03, 2014
SRP: $9.99
View All Items In This Series
ORDER WISH LIST