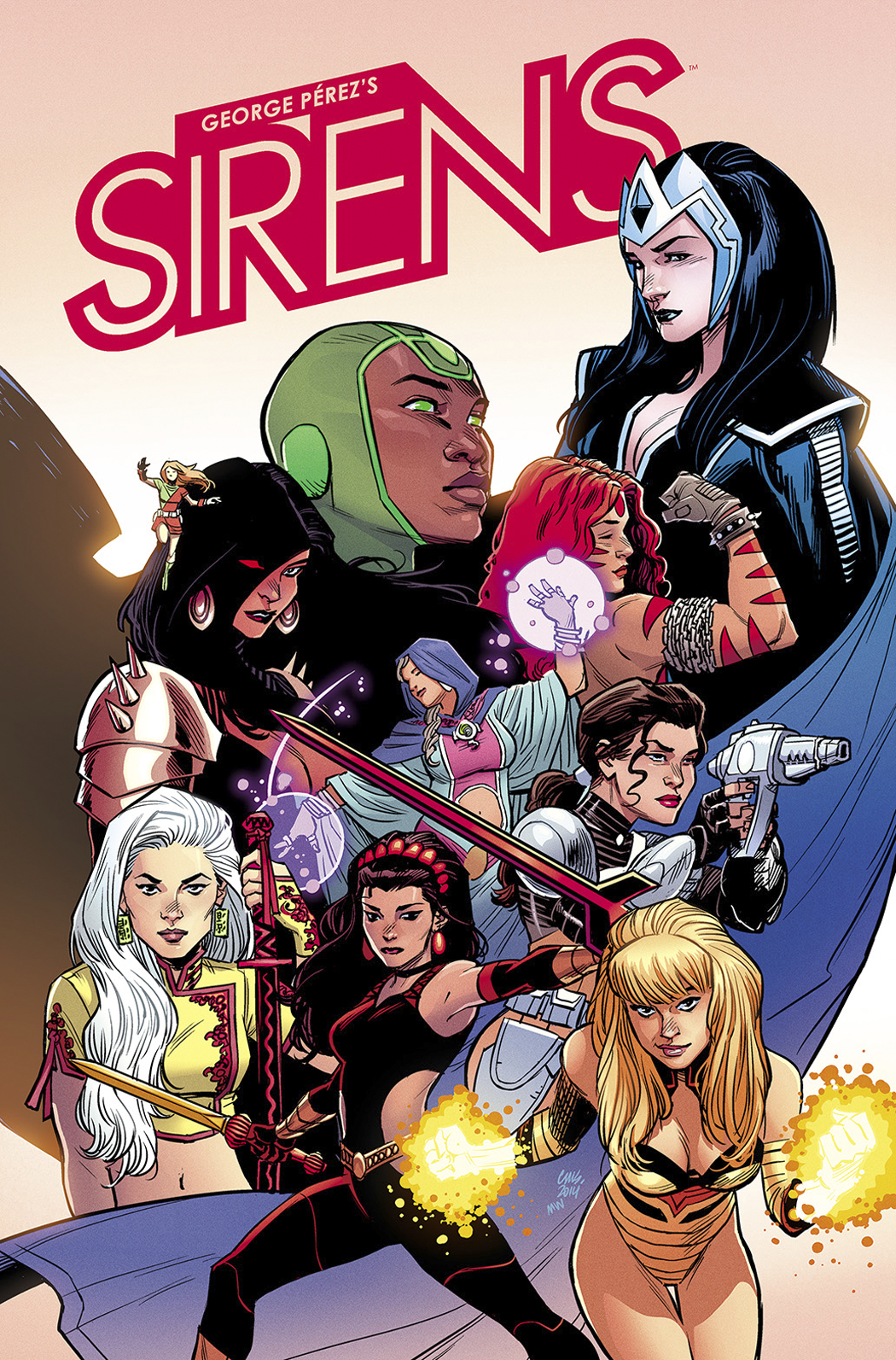 JUL140949
(W) George Perez (CA) Cameron Stewart (A/CA) George Perez
WHY WE LOVE IT: The name George Pérez should say it all, but we are beyond excited to
work with one of comics' living masters on his own original title. He's worked on great
female characters like Wonder Woman and Scarlet Witch, but this, a team of female heroes
of his own creation, had us swooning.
WHY YOU'LL LOVE IT: It's a scifi
adventure story that spans time and space, featuring a
team of female heroes that kick butt across the universe. If you like strong female scifi
characters like Battlestar Galactica's Starbuck, Star Wars' Princess Leia, and Alien's
Ripley, you'll find a lot to love about GEORGE PÉREZ'S SIRENS!
WHAT IT'S ABOUT: As an intergalactic force enslaves planets across the galaxy, the
legendary team known only as the Sirens must reunite to save the galaxy-but is that
even possible when the Sirens themselves don't even remember who they are? And the
rest of the universe only remembers them as...villains? A sixissue
miniseries featuring
your new favorite comic book team, written and drawn by the master himself, George Pérez
(Wonder Woman, JLA Vs. Avengers) begins his greatest story yet.
In Shops: Sep 17, 2014
SRP: $3.99
View All Items In This Series