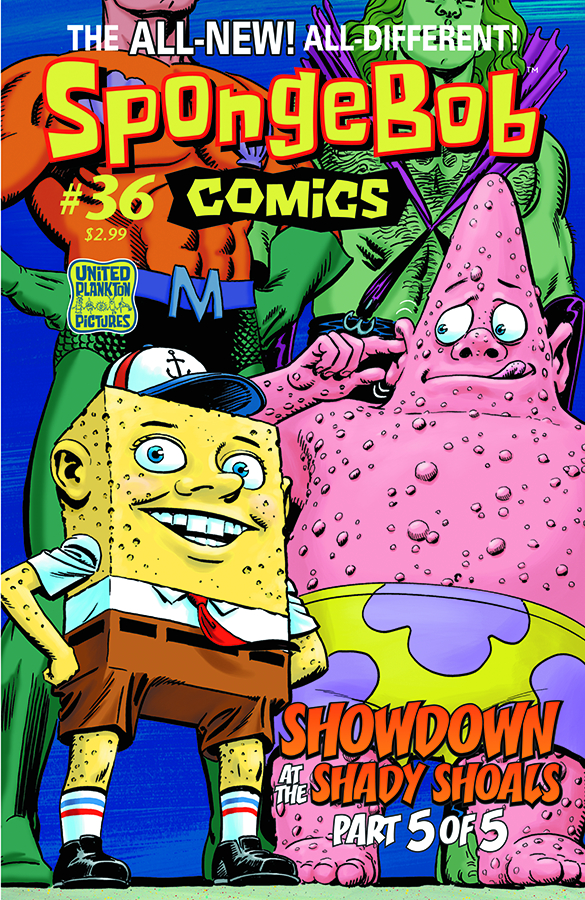 JUL140948
(W) Derek Drymon (A) Tony Millionaire, James Kochalka (A/CA) Jerry Ordway
It's the climactic conclusion of "Showdown at the Shady Shoals," SpongeBob's first soggy serial! In this final chapter, the friendship of aquatic champions Mermaid Man and Viro Reganto transforms all of Bikini Bottom into a world of superhero realism - with stunning new renditions of SpongeBob and Patrick courtesy of Jerry Ordway. Plus a Mr. Krabs comic by Tony Millionaire, SpongeFunnies by James Kochalka, and a choose-your-path comic starring the whole cast!
In Shops: Sep 10, 2014
SRP: $2.99
View All Items In This Series
ORDER WISH LIST