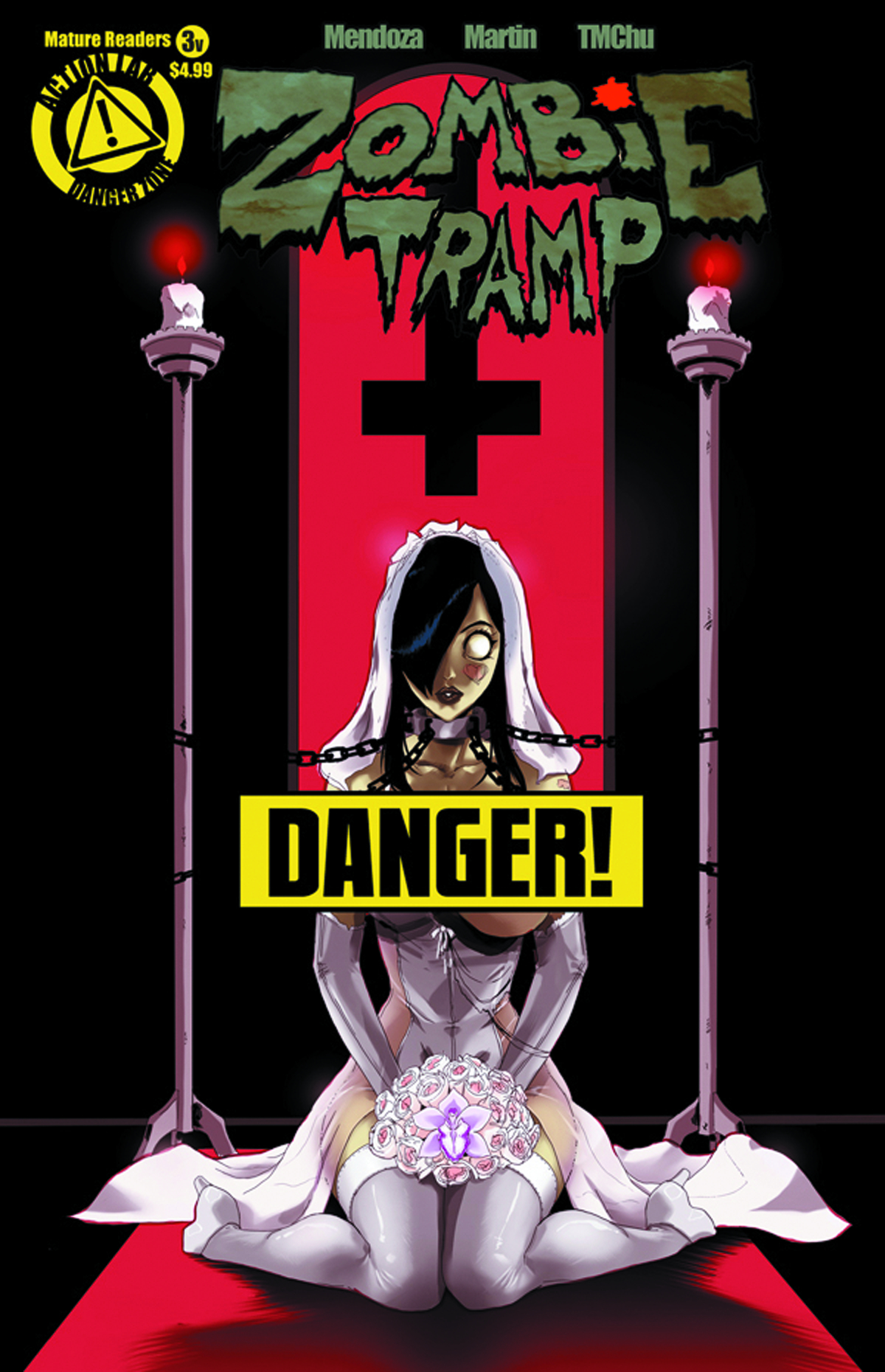 JUL140773
(W) Dan Mendoza, Jason Martin (A/CA) TMChu
Zombie Tramp has fallen in with the wrong crowd in her adventure to Las Vegas... specifically, the undead clutches of the king of Sin City's sex trade. Now she's being forced to wed the jump-suited monster of a man in a private ceremony at the Grand Canyon! But in this unholy wedding, "Til death" is just the start.  Features a "risqué" variant cover limited to 2,000 copies!
In Shops: Oct 08, 2014
SRP: $4.99
View All Items In This Series
ORDER SUBSCRIBE WISH LIST