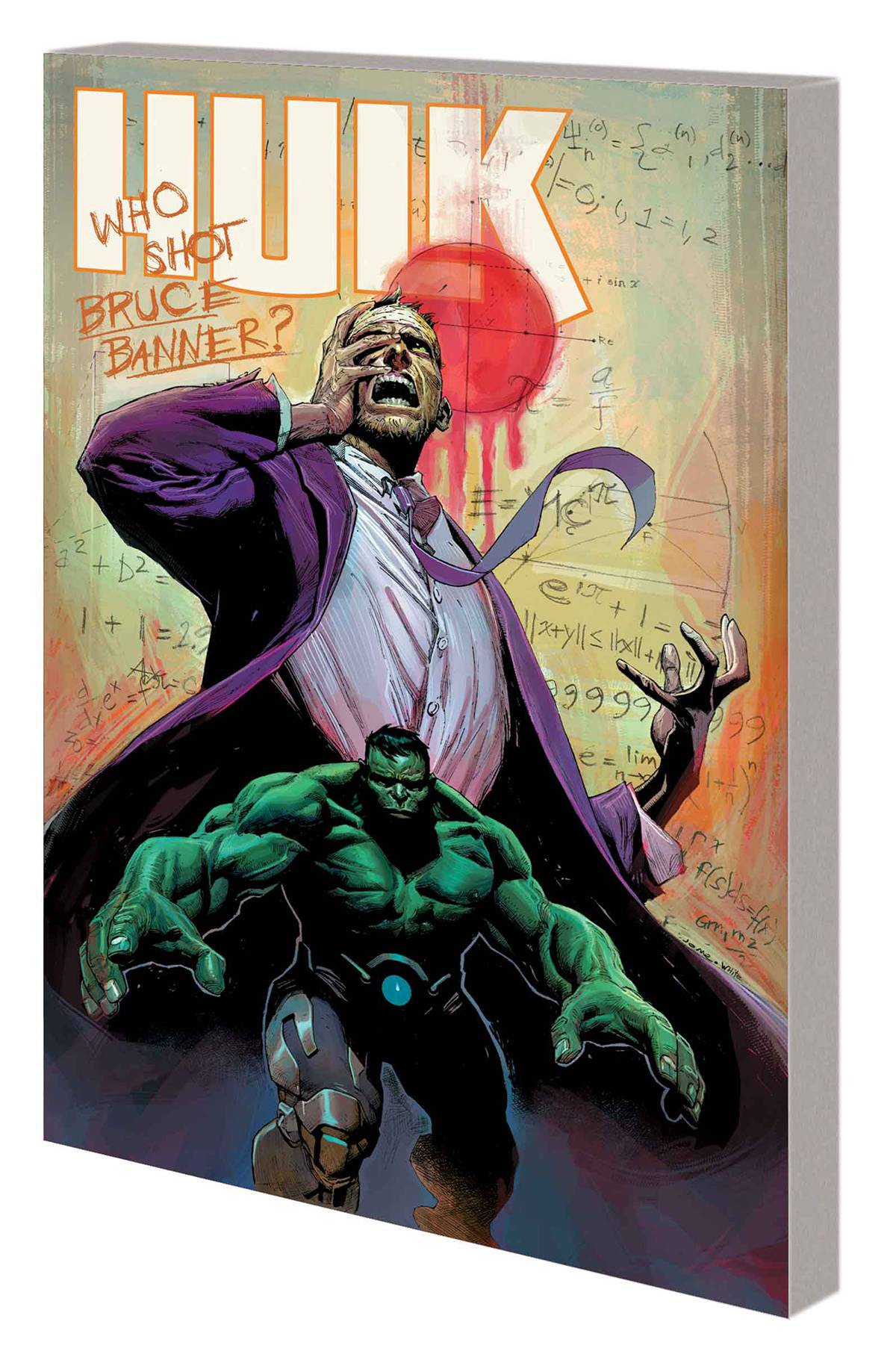 #
JUL140727
(W) Mark Waid (A) Mark Bagley (CA) TBD
An all-new direction for the Hulk! Following the shocking events of the INDESTRUCTIBLE HULK finale, Bruce Banner lies at death's door, shot in the head by an unknown assailant. If he survives, it won't be as the Bruce Banner we've known! Only the Hulk can save Banner - if he even wants to! How will the Hulk wreak vengeance on Banner's attacker? How can he? As a new threat enters the scene, Banner goes to a dark place - and he could drag the Avengers right along with him! To stop the Hulk from destroying the Avengers, a dangerous plan is put into play. What forbidden knowledge will Tony Stark use to attempt to cure Banner's brain damage? And even if the cure works, what will it cost? Experience a whole new twist in Hulk history! Collecting HULK (2014) #1-4 and ANNUAL #1.
Rated T
In Shops: Oct 22, 2014
SRP: $12.99
View All Items In This Series
ORDER WISH LIST