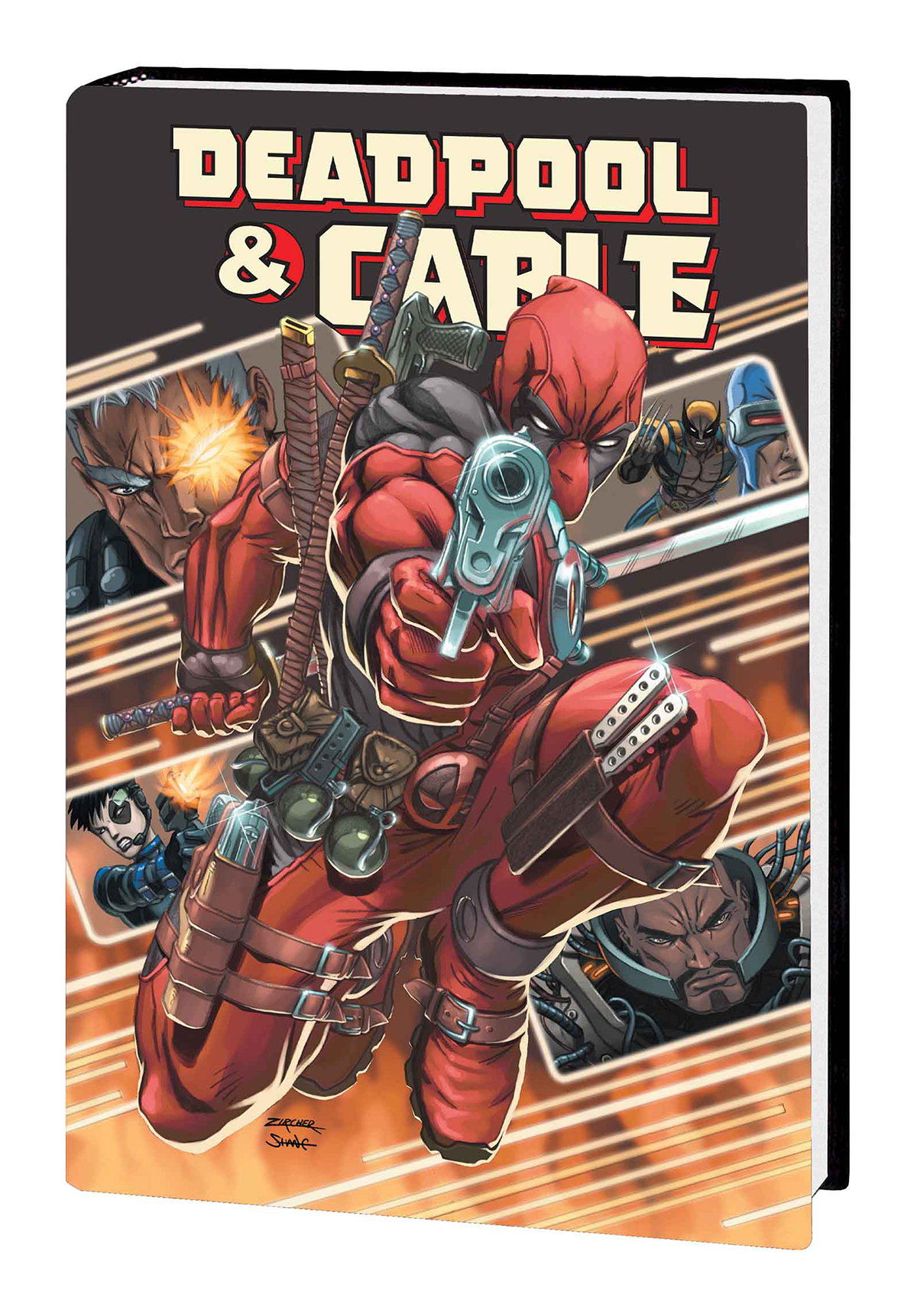 JUL140716
(W) Fabian Nicieza, Reilly Brown, Dan Slott (A) Various (CA) TBD
Wade Wilson is Deadpool, the mentally disturbed Merc with a Mouth and a healing factor that just won't quit! Nathan Summers is Cable, the messianic mutant from the future who plans to save us all - whether we want him to or not! And now, this disparate duo has just become Marvel's oddest couple - because they're stuck with one another! Can two grown men armed to the teeth with high-tech weaponry coexist without driving each other crazy?! It's action, adventure, time travel, dimension-hopping, black humor, black ops, Bea Arthur, chimichangas - yes, that whole thing started here - and lots of gunfire as two of Marvel's fan-favorite antiheroes take on each other and everyone else! Guest-starring the X-Men, Spider-Man, Captain America, the Fantastic Four...and the Great Lakes Avengers! Collecting CABLE & DEADPOOL #1-50 and DEADPOOL/GLI SUMMER FUN SPECTACULAR.
Rated T+
In Shops: Oct 29, 2014
SRP: $125.00
ORDER WISH LIST