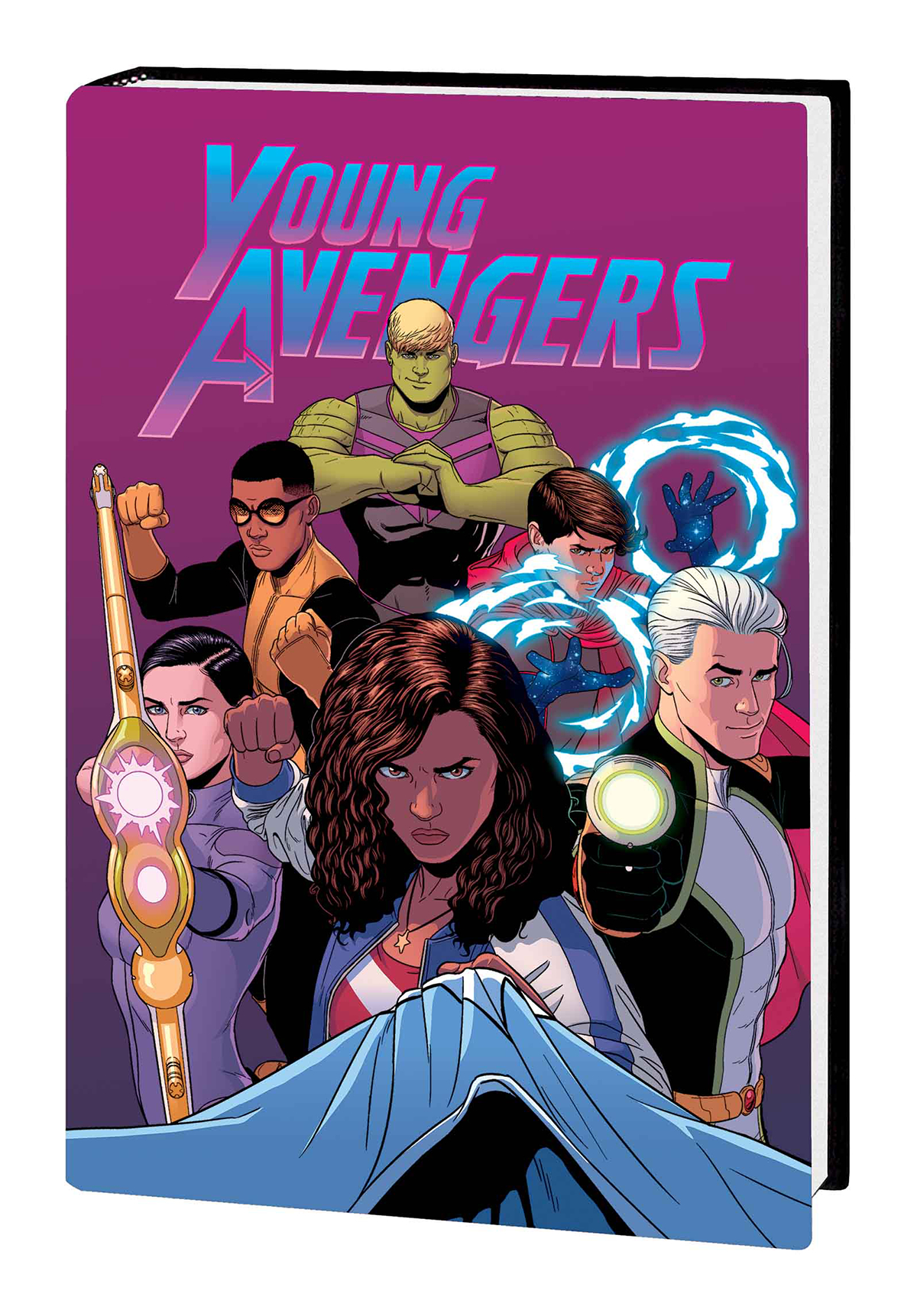 JUL140712
(W) Kieron Gillen (A) Various (CA) Jamie McKelvie
Kieron Gillen and Jamie McKelvie's groundbreaking, critically acclaimed epic is collected in one oversized volume! The Young Avengers are reinvented for the 21st century as Wiccan, Hulkling and Kate "Hawkeye" Bishop unite with Kid Loki, Marvel Boy, Prodigy and Ms. America. Someone has to save the entire multiverse. They're someone. No pressure, right? As a cosmic horror emerges from the shadows of the past, the Young Avengers race desperately across dimensions - but once they take on the gig to save reality, they may never be able to go home again! Meanwhile, Kid Loki is up to something. Surprise, I know. Fight scenes! Kissing! Fake IDs! Kissing! Drama! Conflict! Plentiful feels! (a.k.a. "meaningful emotional character beats" for people who aren't on tumblr.) And oh yeah, nightclubs! Read it! Collecting YOUNG AVENGERS (2013) #1-15 and material from MARVEL NOW! POINT ONE #1.
Rated T+
In Shops: Dec 03, 2014
SRP: $49.99