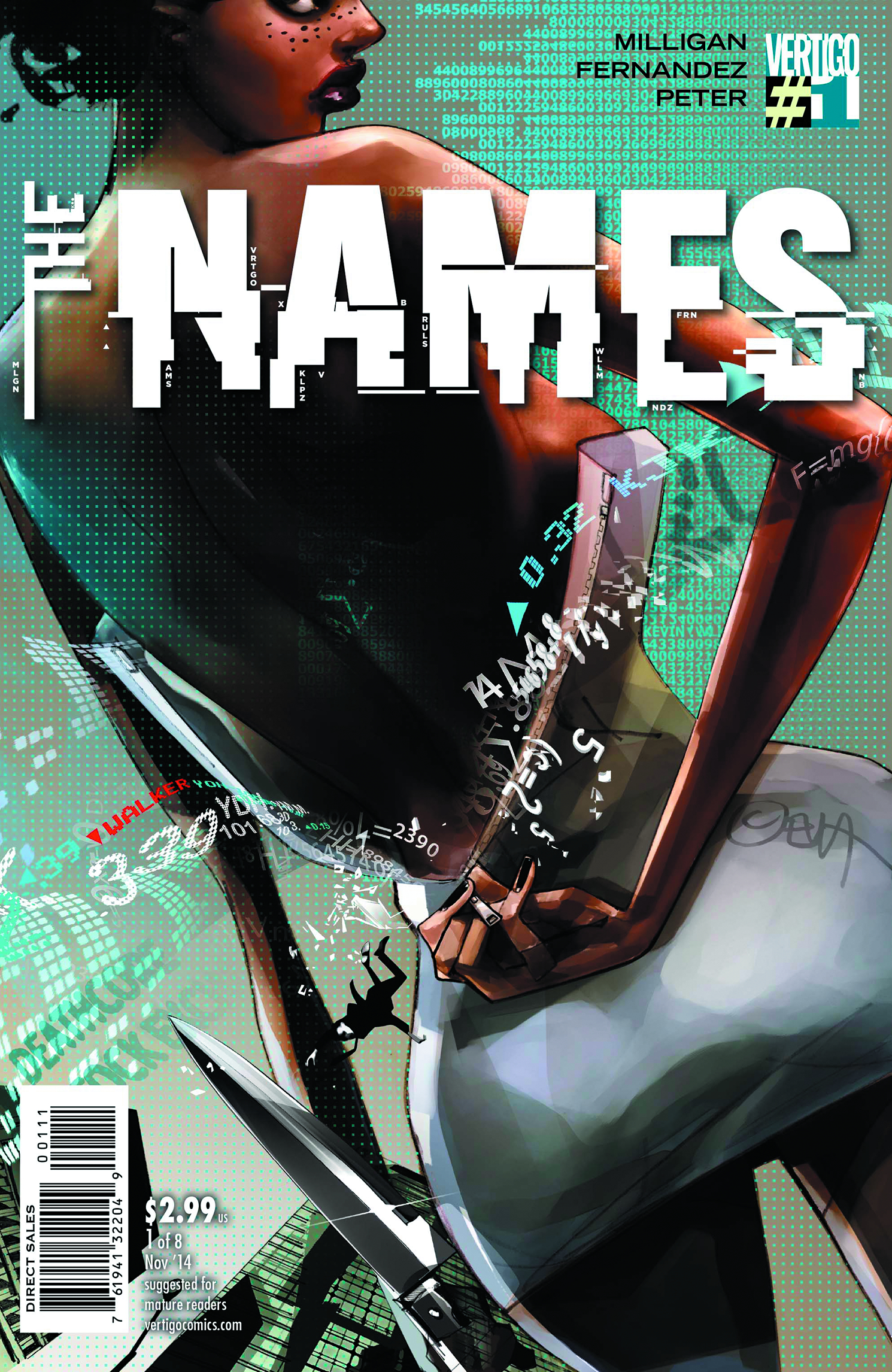 JUL140266
(W) Peter Milligan (A) Leandro Fernandez (CA) Celia Calle
New York City. Forty-year-old Kevin Walker is a successful trader. He's incredibly rich. He has a young, sexy wife and a son he adores. He has everything. Until...
The mysterious man known as the Surgeon walks into Kevin's office. He takes a seat and tells Kevin to write a suicide note. Trembling but obedient, Kevin does what the Surgeon says. Then, at a word from this well-dressed figure, Kevin jumps out his window and falls fifty stories to his death.
Thus begins THE NAMES, an 8-issue miniseries by writer Peter Milligan (HELLBLAZER, SKREEMER) and artist Leandro Fernandez (Wolverine, Punisher: Max).
THE NAMES is a dark, contemporary thriller set in the world of Big Money: hedge funds, leveraged buyouts, market raids, flash crashes. High-end finance that can ruin entire economies, run by a cabal of the world's richest (and sickest) people.
Now, it's up to Katya Walker - the beautiful and deadly wife of the late Kevin - to take on this hidden power structure and find out who killed her husband, and why. No matter what it takes. No matter who she has to kill.
It's The Wolf of Wall Street meets Kill Bill. And heaven help the 1%.
In Shops: Sep 03, 2014
SRP: $2.99
View All Items In This Series
ORDER WISH LIST