MULTIVERSITY THE SOCIETY OF SUPER-HEROES #1 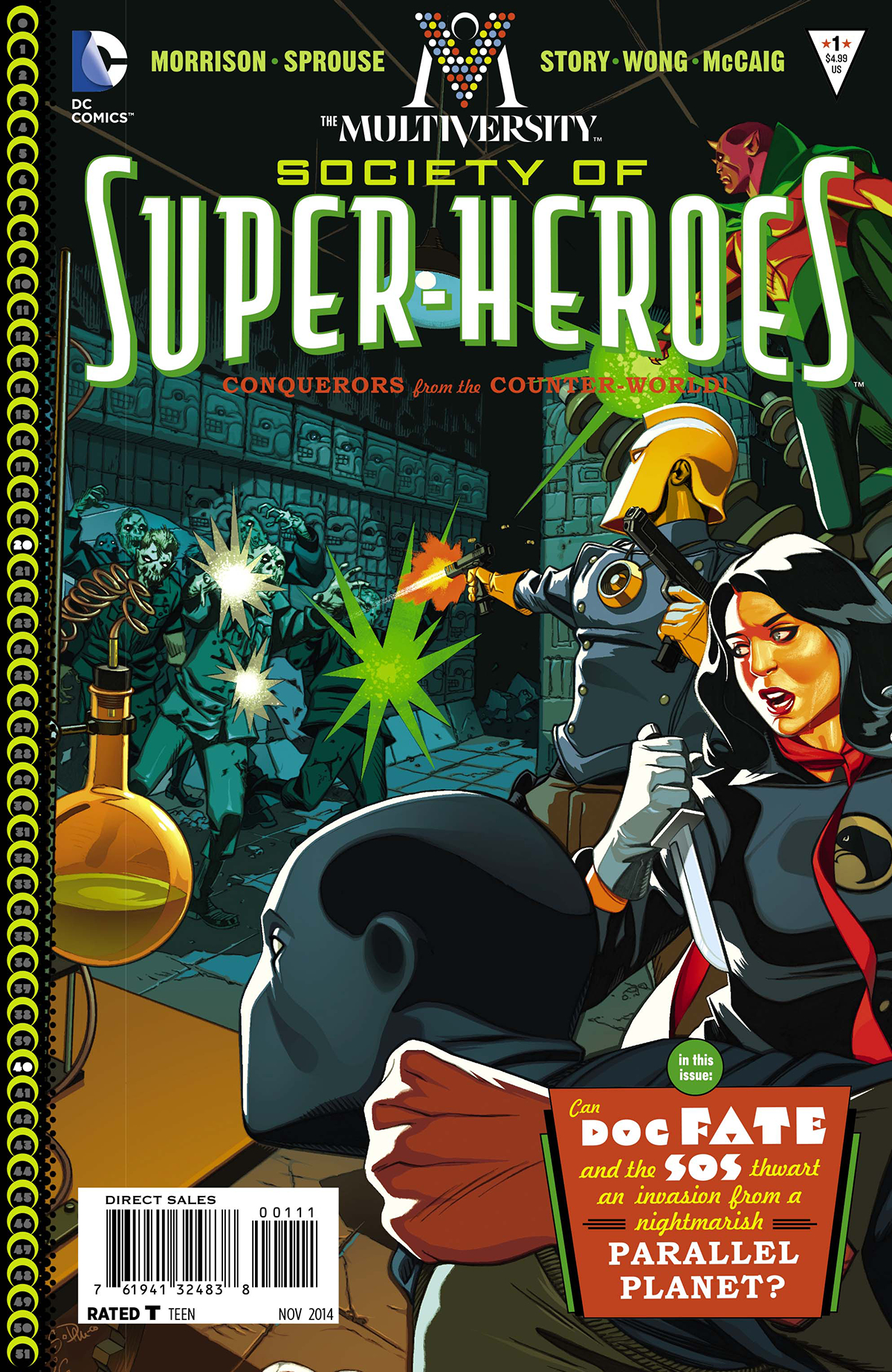 JUL140190
(W) Grant Morrison (A) Karl Story, Walden Wong (A/CA) Chris Sprouse
The biggest adventure in DC Comics history continues!
Grant Morrison joins modern legend Chris Sprouse (TOM STRONG, BATMAN: RETURN OF BRUCE
WAYNE, ACTION COMICS) for a trip to Earth-20 starring a Society of Super Heroes unlike anything you've seen before! It's pulp Super Hero action with a post-modern twist - you can't afford to miss it!
Who is the demon-like Green Lantern protecting Earth-20? What secret does Doc Fate hold
that could save the world? Who are the hand-to-hand and air-to-air combat queens known as
the Blackhawks? And what happens when these heroes come face to face with their diabolical
Earth-40 counterparts - led by Vandal Savage - for an epic war between parallel worlds?
Find out all that and more in this exciting stand-alone issue which also acts as chapter two of the overall MULTIVERSITY storyline.
Join us, if you dare, for THE MULTIVERSITY!
In Shops: Sep 17, 2014
SRP: $4.99
View All Items In This Series
ORDER WISH LIST