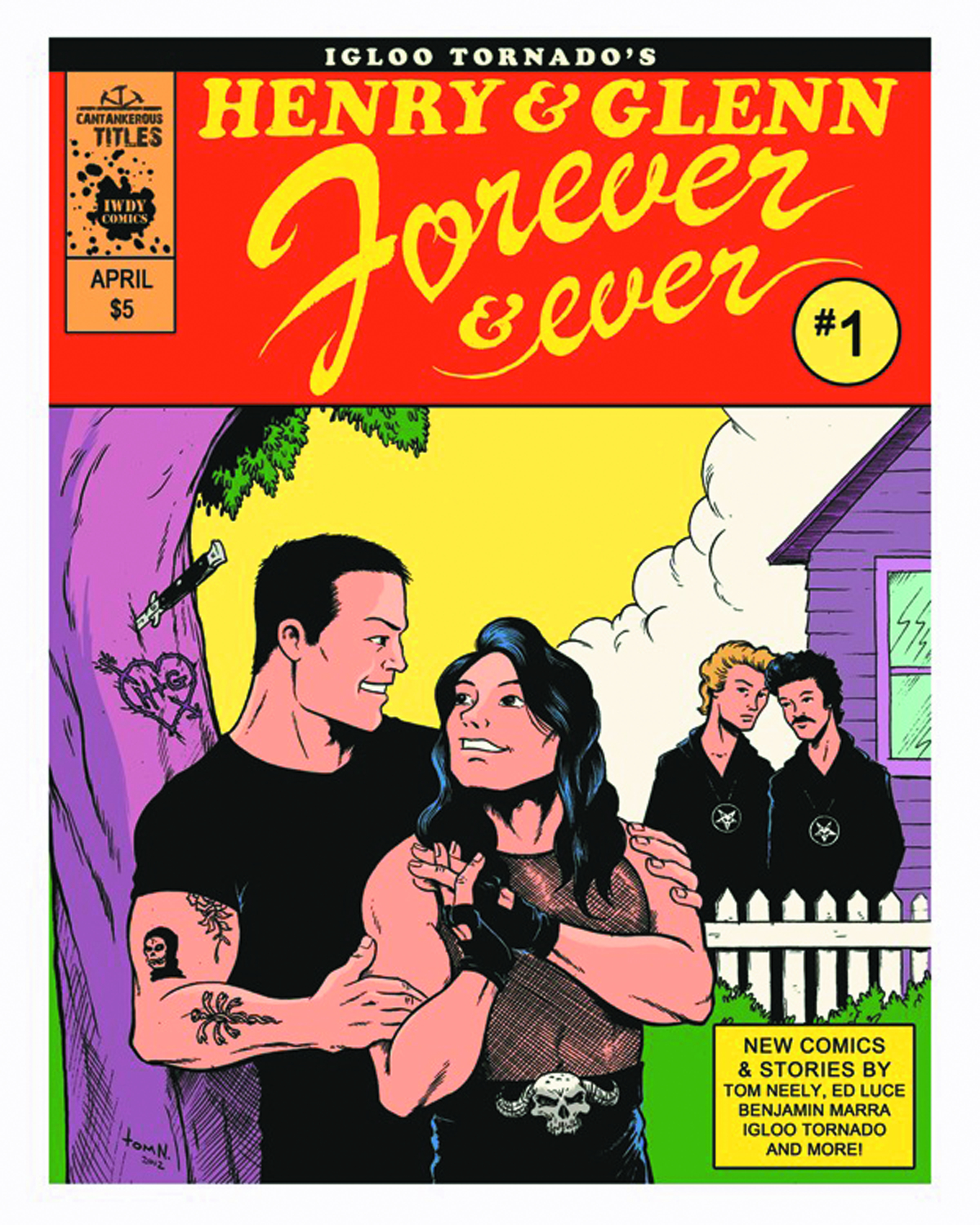 JUL131197
(W) Tom Neely, Ed Luce, Benjamin Marra (A) Ed Luce, Benjamin Marra (CA) Jim Rugg (A/CA) Tom Neely
It's the moment the world has been waiting for: the return of everyone's favorite musclebound punk/metal romantic odd couple, Henry and Glenn. Over the course of three short stories, our metaldude heroes love, fight, hang out at the spa with Lars and James, squabble about property values with friendly satanist neighbors Hall and Oates, and work out their differences in therapy. It's hardcore. It's hilarious. It's a true testament to the power of love to overcome even the biggest, manliest egos of our time.
In Shops: Aug 21, 2013
SRP: $5.00
View All Items In This Series