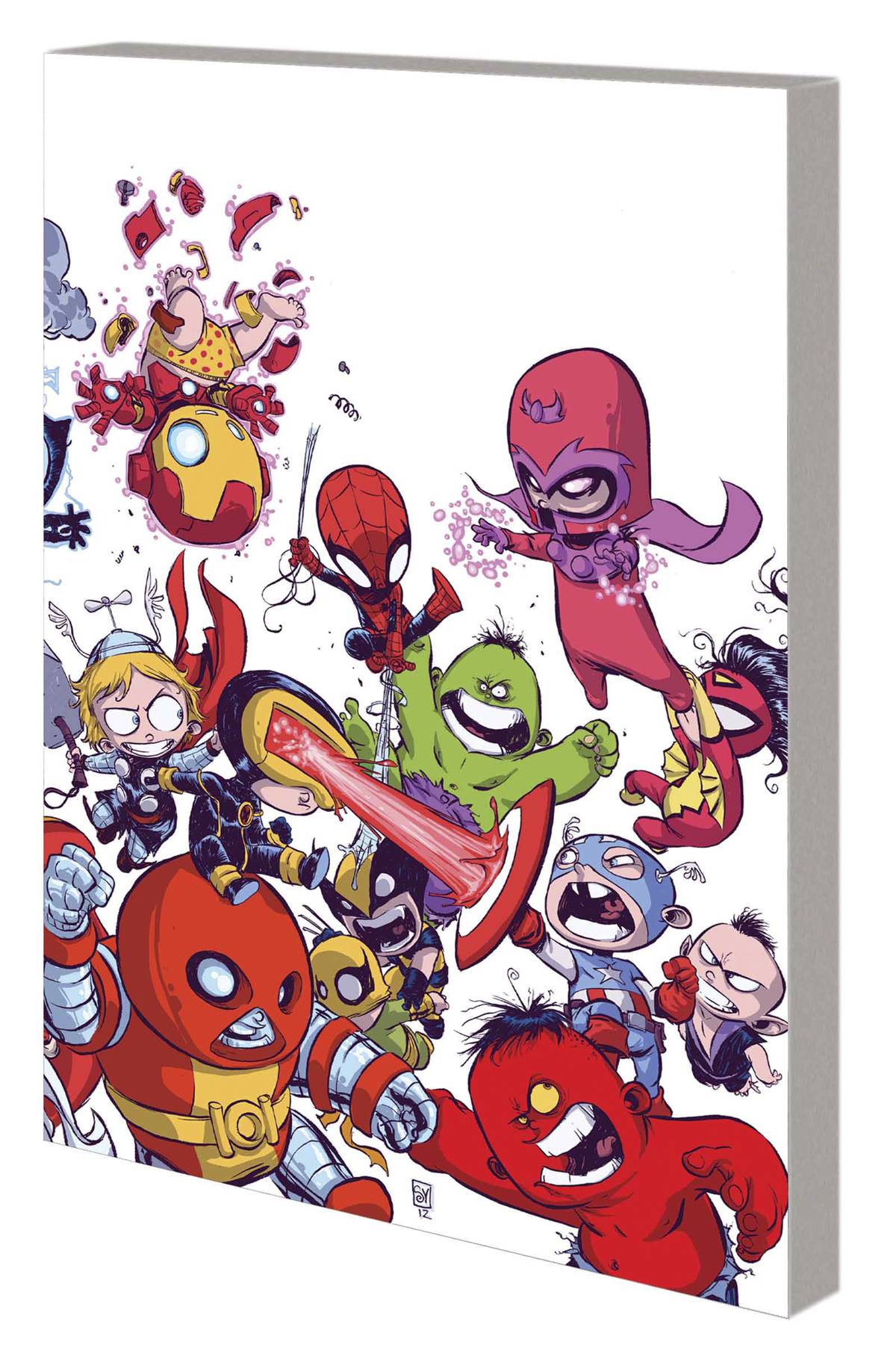 #
JUL130714
(W) Various (A) Various (CA) TBD
The Children of the Atom meet the Mitey 'Vengers in this giant-sized collection of pint-sized super heroics! There's no pacifying Cyclops and Cap, who swap "ABC" for "AVX" as the playground becomes a battleground over a cherished teddy bear! Then, when Mojo kidnaps Wolverine to star in his arena of death, it's Longshot, Dazzler and the uncannily cute X-Babies to the rescue! And when these junior X-Men stand up to the Brotherhood of Mutant Bullies in a murderous game show produced by Mojo and Arcade, will they be outdone by new kids on the block - or will one of their number dissolve back into the neoplasm from which they were formed? Plus: a gallery of Skottie Young's ever-adorable Marvel NOW! variant covers! Collecting A-BABIES VS. X-BABIES #1, WOLVERINE (1988) #102.5, PINT-SIZED X-BABIES: MURDERAMA and X-BABIES REBORN.
In Shops: Sep 25, 2013
SRP: $24.99