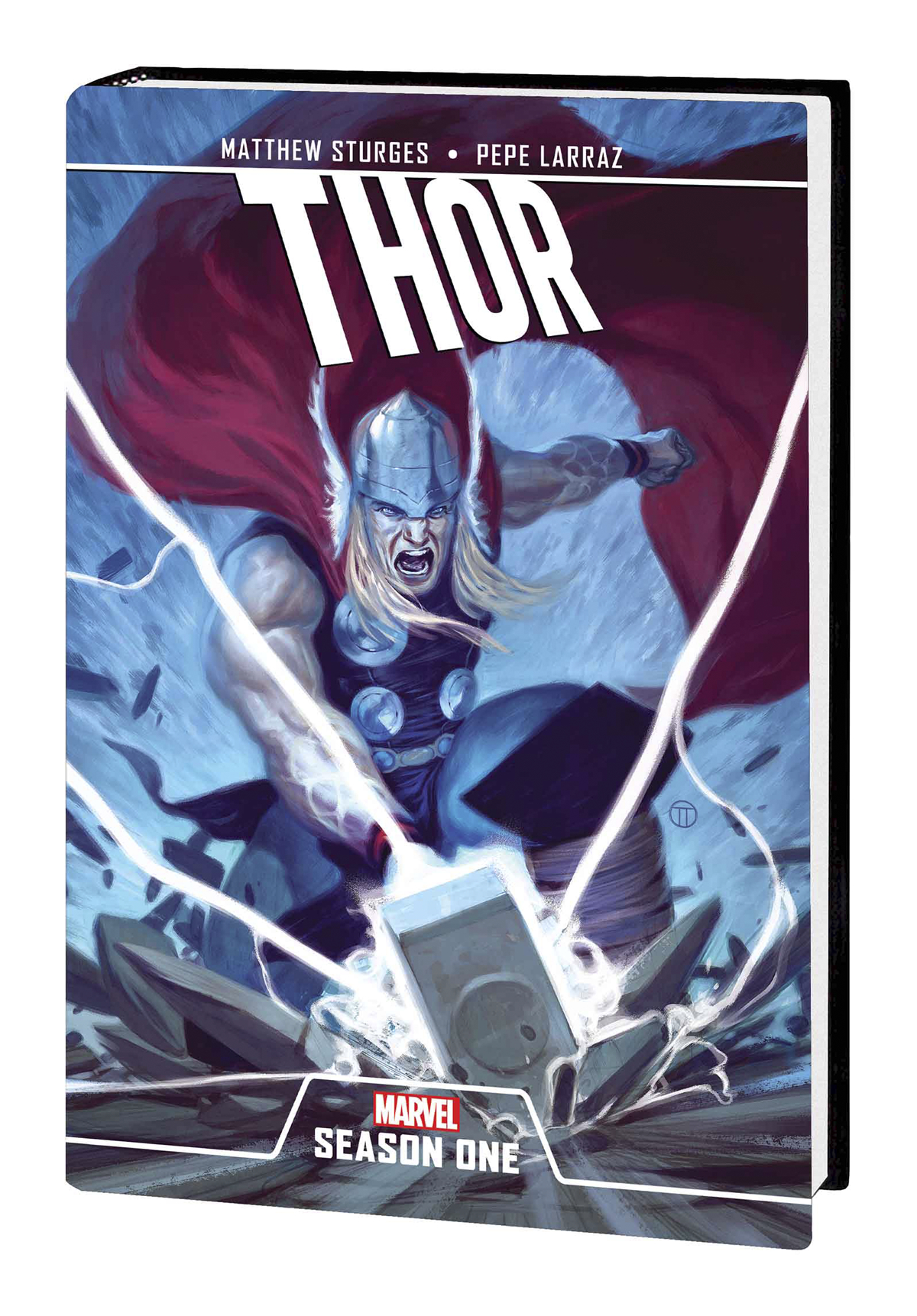 JUL130707
(W) Various (A) Various (CA) TBD
Among the lofty spires of Asgard, young Thor is the strongest, brashest and most arrogant god of all. But his giant-slashing, troll-smashing days come to an abrupt end when he's tricked by his jealous brother Loki into a foolish attack. Cast down to Earth into the crippled mortal form of Dr. Donald Blake, follow the Thunder God's journey of self-discovery and a mortal man's awakening to the power within. Revisit the fantastical origin of the Son of Odin in this new graphic novel, which thrusts the tale of Thor into the modern age with thunderous results! In this epic saga of towering frost giants, belching maidens and massive battles, one hero must decide which identity is truly his - before both the worlds he loves are destroyed!
In Shops: Oct 02, 2013
SRP: $24.99
ORDER WISH LIST