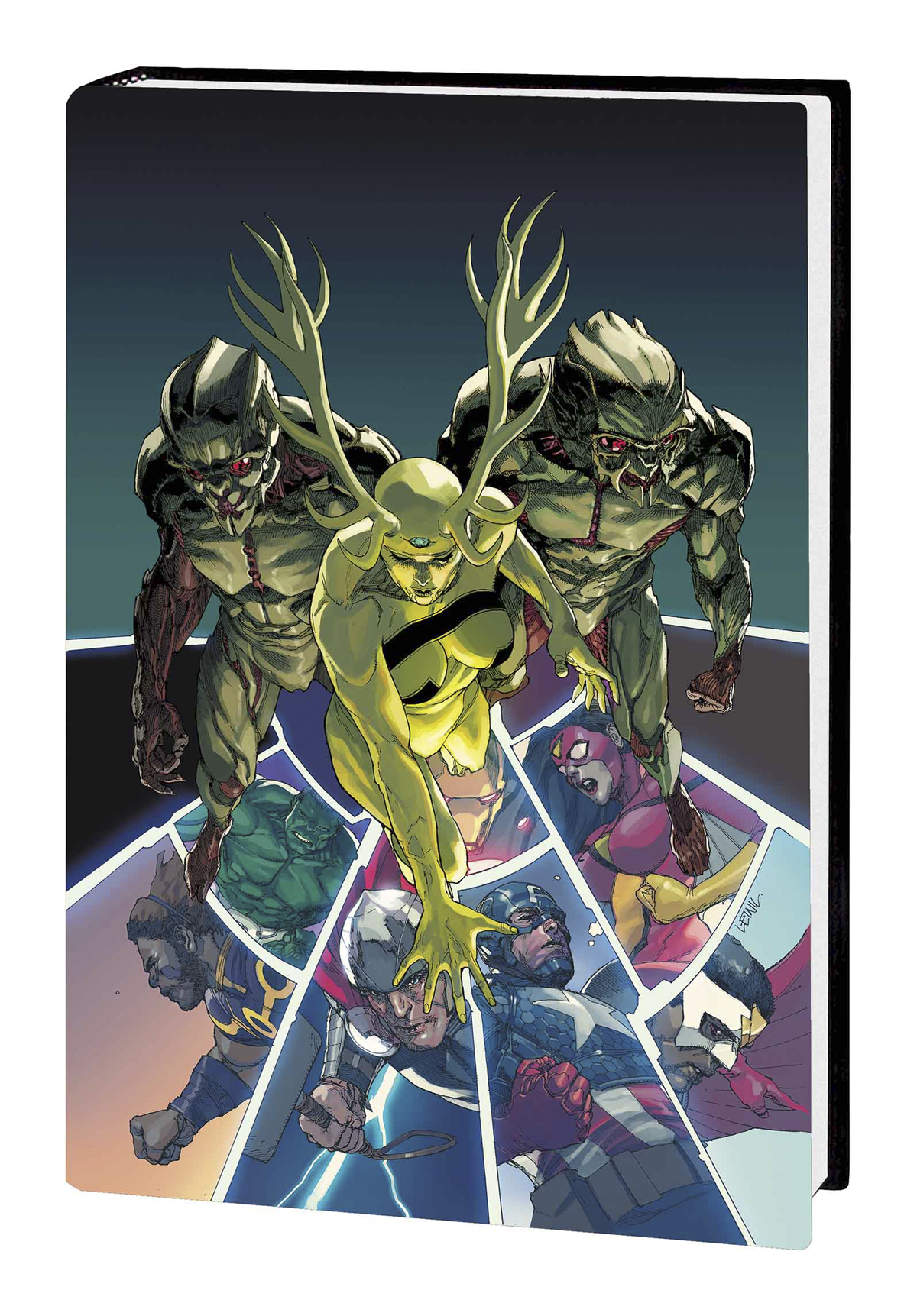 JUL130703
(W) Jonathan Hickman (A) Nick Spencer, Mike Deodato, Stefano Caselli (CA) Leinil Francis Yu
It's the buildup to the biggest event of 2013! First, Hyperion and Captain Universe begin the godlike education of the transformed Savage Land children. But when the High Evolutionary stakes his claim on the Children of the Sun, Hyperion learns the true cost of the decisions he's made - as the techno-titan Terminus returns! Then, the prelude to INFINITY begins as all of Earth's Origin Sites go active - and the planet begins communicating with something much more ancient than humans. And when alien races fleeing an intergalactic terror crash to Earth, Captain Universe and Manifold must take a trip across the universe. Whatever happened to Ex Nihilo, Abyss, Starbrand and Nightmask? As the Avengers recruit more members to deal with the mounting threat, the Builders enter the Marvel Universe - and INFINITY is upon us. Collecting AVENGERS (2012) #12-17.
In Shops: Oct 16, 2013
SRP: $24.99
View All Items In This Series
ORDER WISH LIST