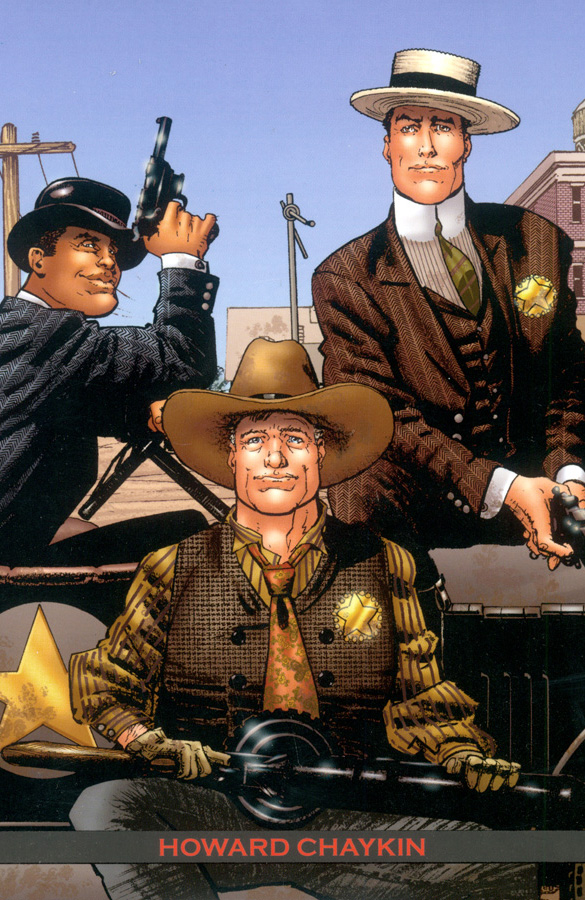 JUL130441
(W) Howard Chaykin (A/CA) Howard Chaykin
Century, Texas used to be a sleepy little burg, barely a whistlestop between nowhere and the great beyond...until the 20th Century arrived with a bang, bringing with it automobiles, aeroplanes, telephones, paved streets...and, of course, the movies.

Howard Chaykin tells the colorful story of the American West, transformed from frontier to legend, and how the American dream became a modern myth.
In Shops: Sep 18, 2013
SRP: $7.99
ORDER WISH LIST