FABLES WEREWOLVES OF THE HEARTLAND TP 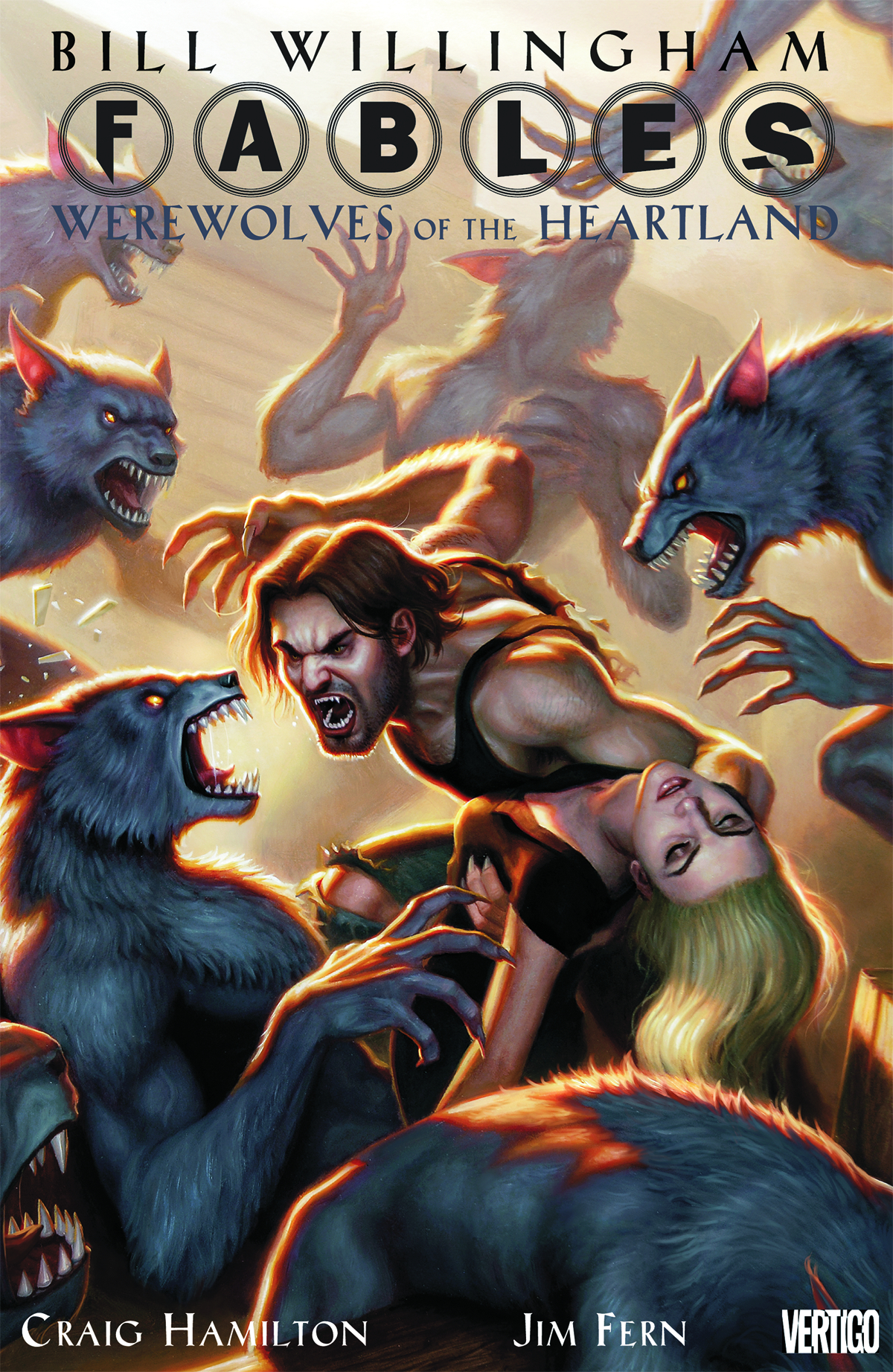 JUL130260
(W) Bill Willingham (A) Craig Hamilton, Jim Fern, Ray Snyder, Mark Farmer (CA) Daniel Dos Santos
Bigby Wolf takes center stage in this original graphic novel, embarking on a quest through the American Heartland to find a new location for Fabletown. In his wanderings, Bigby stumbles across a small town named Story City, that, amazingly enough, seems to be populated by werewolves. Who are they and where did they come from? They aren't Fables, but they sure aren't normal mundys. They seem to already know and revere Bigby, but at the same time they've captured and caged him - but why? Unravelling the many mysteries of Story City may cost Bigby more than his life...
In Shops: Oct 02, 2013
SRP: $14.99
ORDER WISH LIST