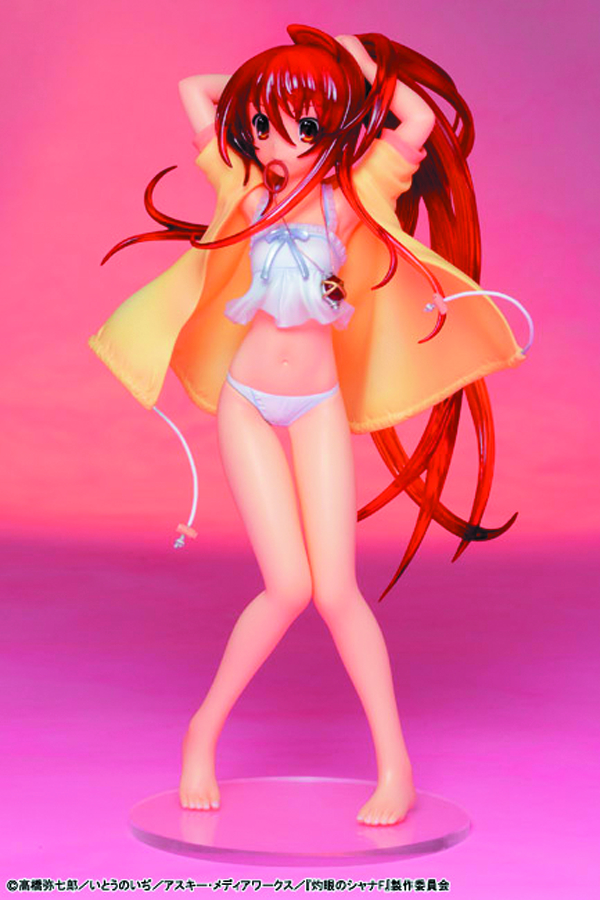 JUL128083
Imported from Japan! Shakugan no Shana (a.k.a. Shana) is a series written by Japanese novelist Yashichiro Takahashi and illustrated by Noizi Ito, centering around Yuji Sakai, an ordinary Japanese high school boy who inadvertently becomes embroiled in the ongoing war between the forces of balance and imbalance. Along the way, he befriends the title character: a fighter for the balancing force, whom he takes to calling "Shana." This special "Swimsuit" version of Shana depicts the elemental force ready for a day at the beach in her swimsuit.