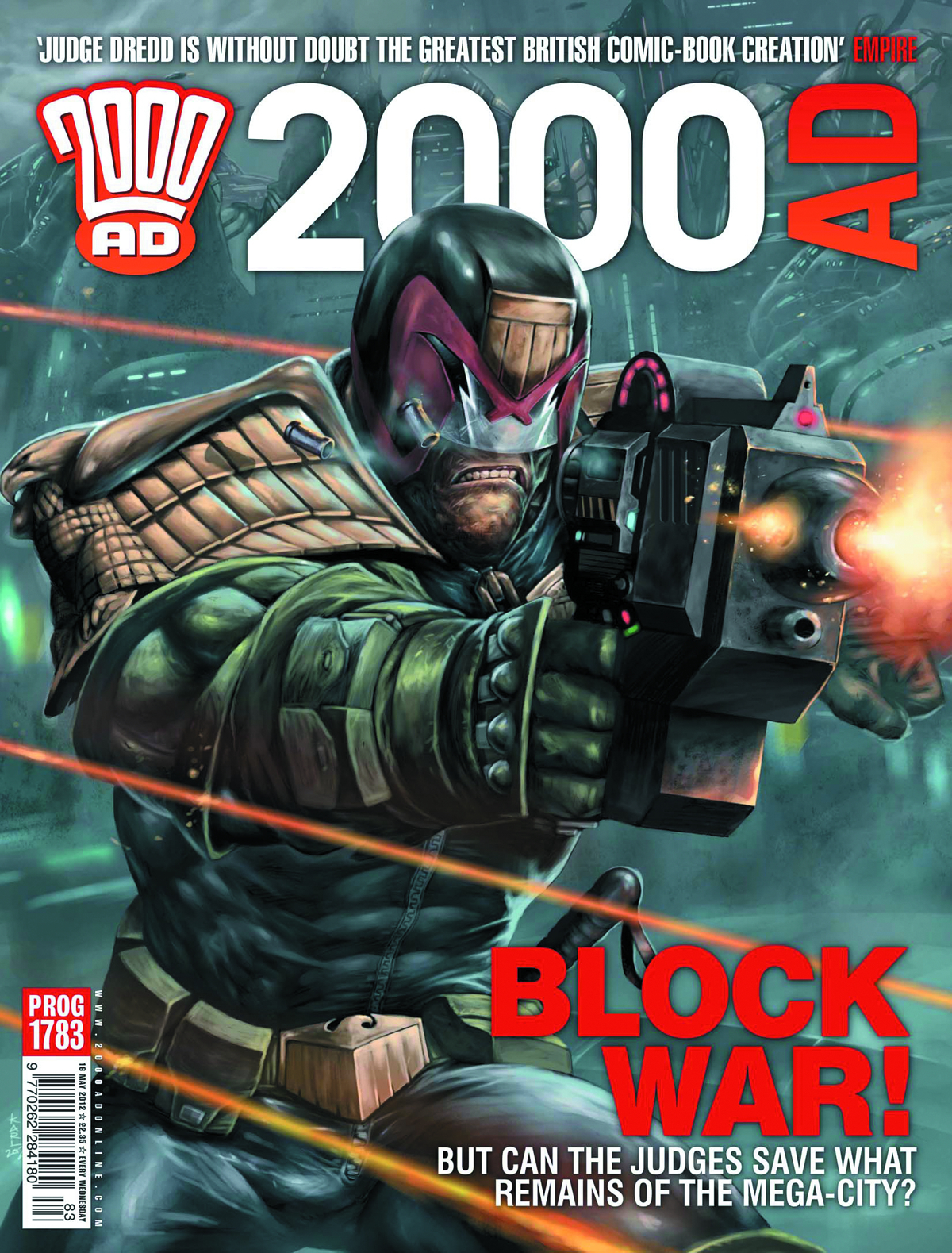 JUL121199
2000 AD, the UK's award-winning weekly SF anthology title, enters the month of DREDD, as its lead character hits cinemas in the all-action thriller starring Karl Urban as the helmeted Mega-City lawman. In the comic, all the stories wrap up in Prog 1799 to make way for a stunning new line-up starting in Prog 1800 - the ABC Warriors are back and Hammerstein reveals a shocking secret about his past in 'Return to Earth' by Pat Mills and Clint Langley; a new fantasy series makes its debut in Brass Sun: The Wheel of Worlds by Ian Edginton and I.N.J. Culbard (The New Deadwardians); Dr Orlando Doyle makes plans for the end of the world in the Red Seas miniseries 'Beautiful Freak' by Ian Edginton and Steve Yeowell; we meet the Survival Geeks, crossing the dimensions, courtesy of Gordon Rennie, Emma Beeby and Neil Googe; and Judge Dredd must stop the annihilation of his city in 'The Death of Dan-E Cannon' written and drawn by Chris Weston!