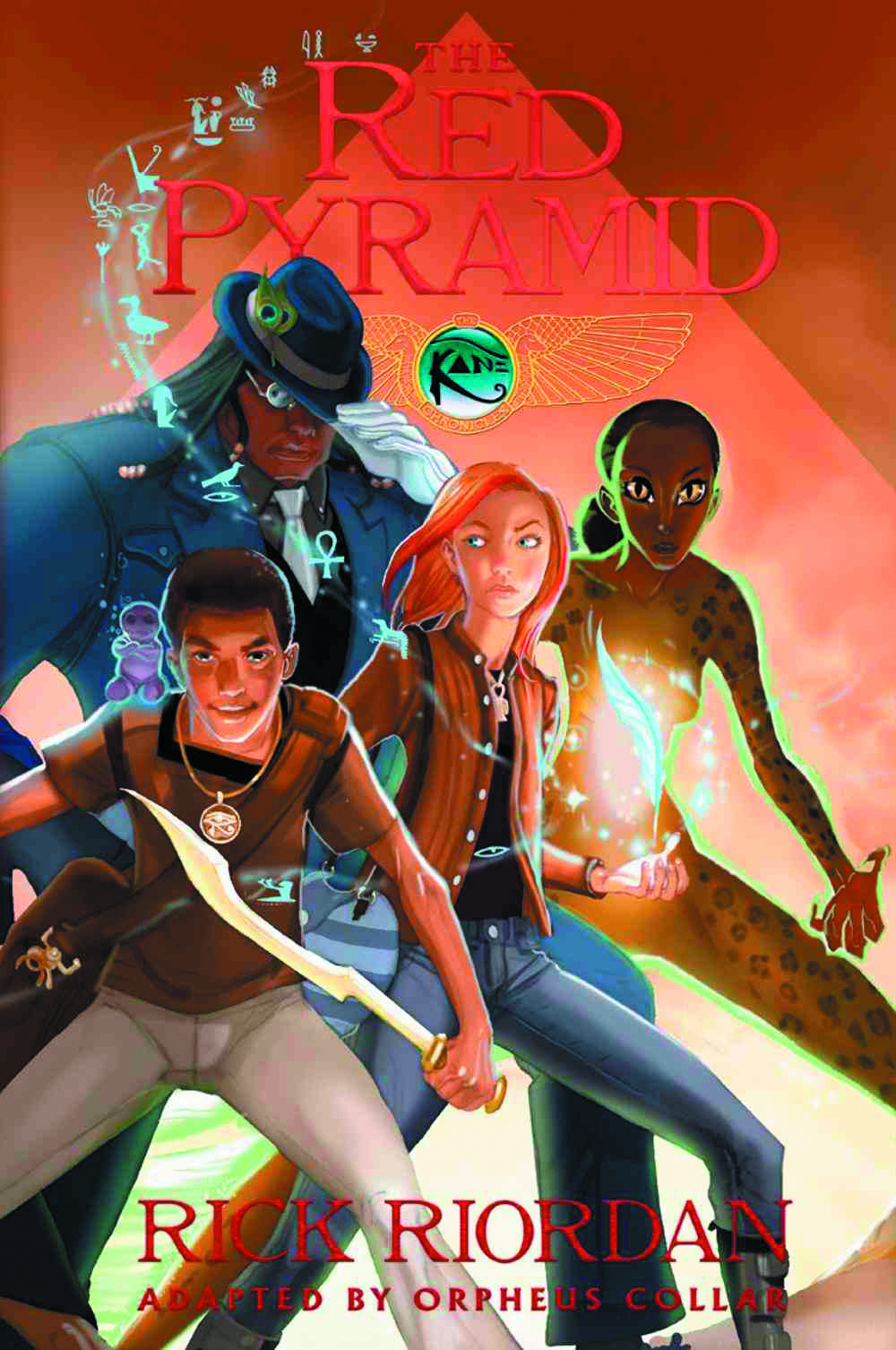 JUL121117
(W) Rick Riordan (A/CA) Orpheus Collar
Book one of the New York Times best-selling Kane Chronicles series is transformed into an exhilarating graphic novel.
Since their mother's death, Carter and Sadie have become near-strangers. While Sadie has lived with her grandparents in London, Carter has traveled the world with their father, the famed Egyptologist Dr. Julius Kane.
One night, Dr. Kane brings the siblings together to the British Museum, where he hopes to set things right for his family. Instead, he unleashes the Egyptian god Set, who banishes him to oblivion and forces the children to flee for their lives.
Soon, Sadie and Carter discover that all the gods of Egypt are waking, and that Set now has his sights on them. To stop him, the duo embarks on a dangerous journey across the globe, one that brings them ever closer to the truth about their family and its connection to a secret order that has existed since the time of the pharaohs.
The heart-stopping action and magic explode off the page in The Red Pyramid, The Graphic Novel, based on the worldwise best-selling novel by Rick Riordan.