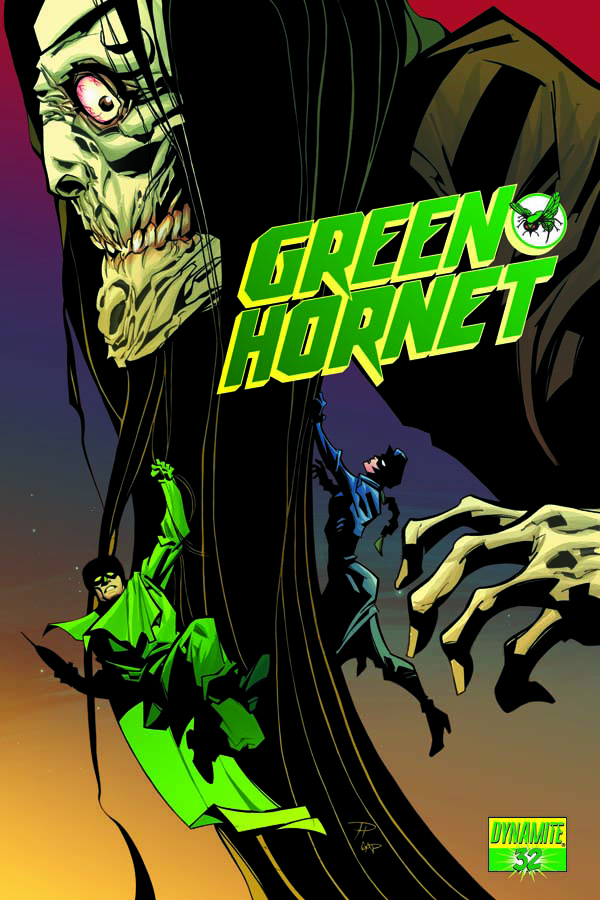 JUL120955
(W) Jai Nitz (A) Jethro Morales (CA) Phil Hester, Stephen Sadowski
The Green Hornet is trying to re-make his image in Century City. The wealthy, brilliant and ruthless arms dealer, Gravilov isn't making it easy. Intent on using Century City as a base from which to ship death around the globe, Gravilov must first eliminate the Green Hornet and Kato. Gravilov's high-tech thugs have attacked The Hornet's Nest, leaving blood and chaos in their wake. Now, the Green Hornet will strike back. But, to defeat Gravilov, will the Hornet have to sink to his level?