PLANET OF THE APES TP VOL 03 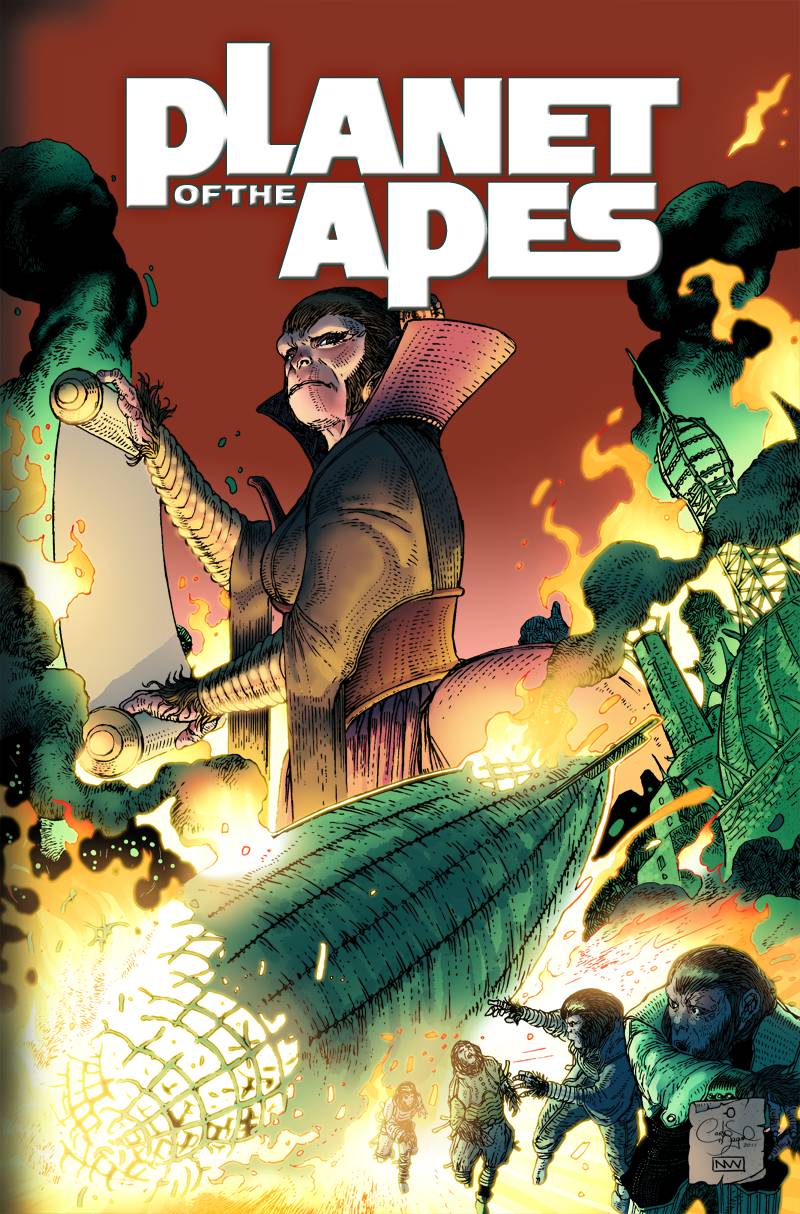 #
JUL120894
(W) Daryl Gregory (A/CA) Carlos Magno
When the Lawgiver, the revered ape leader, was assassinated by a human, the city teetered on the edge of civil war. Ape leader Voice Alaya sent the White Troop into Southtown to bring the human population under control, and captured Sully, the leader of the resistance, as she fought back to let others escape. Now Sully must free herself from Alaya's grasp to stop an even greater destruction coming for them all... Collecting issues 9-12 of the critically acclaimed series, find out what happens 1,300 years before the arrival of Colonel George Taylor from the original 1968 Planet of the Apes movie! Written by award-winning author Daryl Gregory (Dracula: The Company of Monsters, Raising Stony Mayhall) and drawn by renowned artist Carlos Magno (Transformers: Tales of the Fallen)!
In Shops: Oct 03, 2012
SRP: $14.99
View All Items In This Series
ORDER WISH LIST