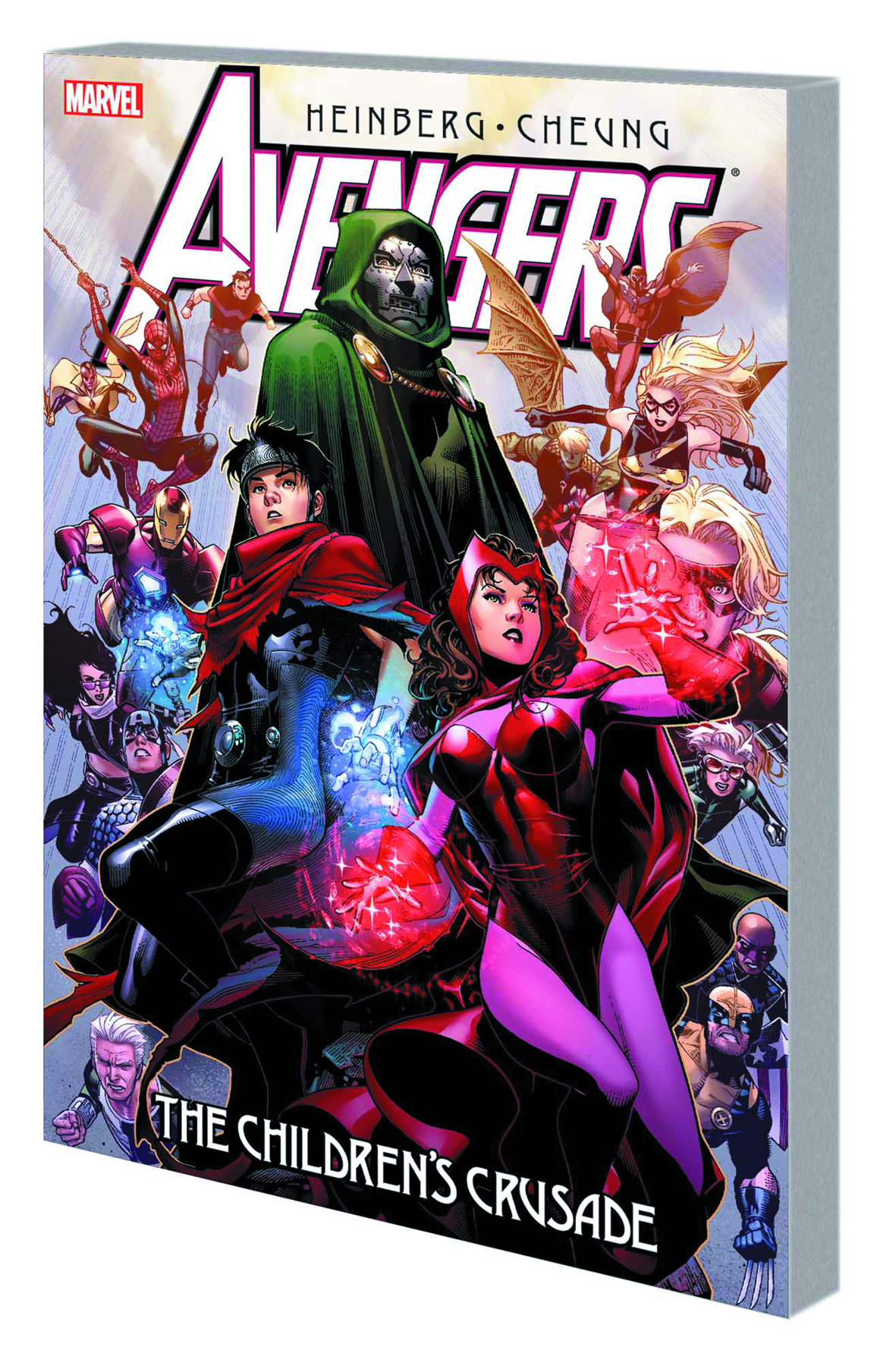 JUL120661
(W) Allan Heinberg (A) Alan Davis, Olivier Coipel (A/CA) Jim Cheung
Twin brothers Wiccan and Speed of the Young Avengers are boys without a past. When Wiccan's powers spiral out of control, the team sets out to find the one person who might help: the Scarlet Witch, who may be the twins' mother, and whose own uncontrollable powers once almost destroyed the Avengers and nearly wiped out the mutant race. The Young Avengers' search will take them across the world and through time, reunite them with friends thought lost and pit them against deadly enemies; it will find them on the run from the Avengers and aligned with the former mutant terrorist Magneto, the Scarlet Witch's father. And once they find the Scarlet Witch, nothing will ever be the same! Collecting AVENGERS: THE CHILDREN'S CRUSADE #1-9, AVENGERS: THE CHILDREN'S CRUSADE - YOUNG AVENGERS, and material from UNCANNY X-MEN (1963) #526.