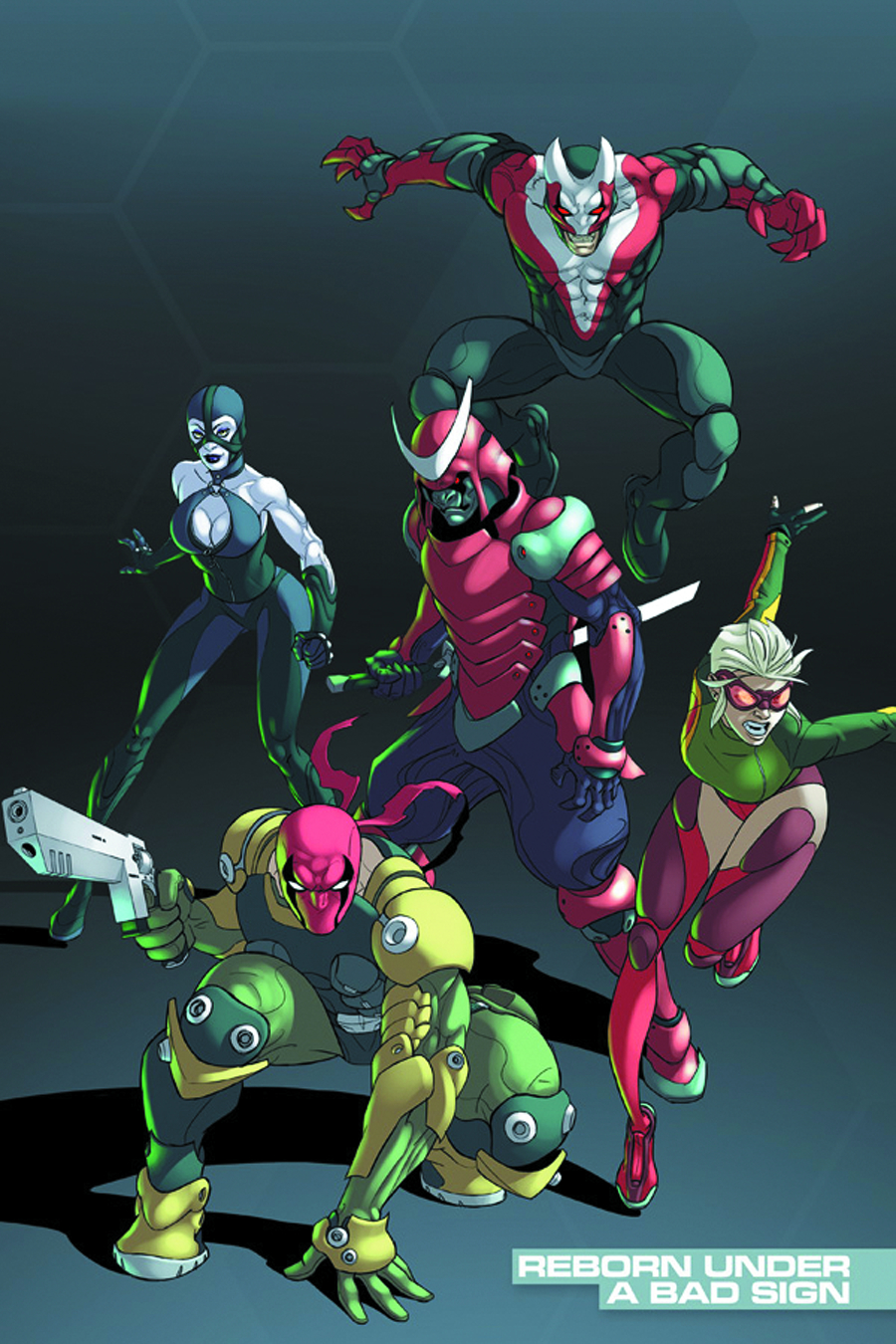 JUL120392
(W) Tim Seeley (A) Rob Liefeld (A/CA) Franchesco Gaston
Extreme's zombie-black op-superheroes return!  Cabbot Stone was the last unliving Bloodstrike agent, an unstoppable weapon in America's war on terror! But being dead is a hell of way to make a living, and Cabbot is losing his faith. Having a new team might be just what Cabbot needs to give him something to believe in. At the least it'll be nice to nice to have back up in the battle against threats like high tech mummies, the super terrorist Quantum, his brother Battlestone, and the supervillians team known as The Quanta! Bloody horror-action with heart by Hack/Slash writer TIM SEELEY and artist FRANCHESCO GASTON!  Collects BLOODTRIKE #26-30
In Shops: Oct 17, 2012
SRP: $14.99
View All Items In This Series
ORDER WISH LIST